Bush OKs waterboarding because he once heard drowning was a peaceful way to die.

WASHINGTON DC - President Bush feels no remorse for waterboarding techniques used on detainees because he remembers hearing once that drowning is one of the most peaceful ways to die.

“I heard (drowning) is a lot like going to sleep and if there’s one thing these terrorist don’t need to be doing, it’s sleeping… which is why I also authorized sleep deprivation techniques.” When asked about the cruelty behind the simulated drowning, Bush brushed it off suggesting that “it is like an extended Baptism and these al Qaeda could use it.” 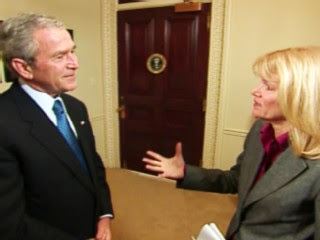 The high-level discussions about [the torture techniques] were so detailed, these sources said, some of the interrogation sessions were almost choreographed — down to the number of times CIA agents could use a specific tactic. At one point, Condi pulled out a whiteboard and started to draw diagrams of the torture techniques. One thing lead to another and by midnight, we were playing a spirited game of Pictionary. Cheney won with the word, “coagulate.”

These top advisers signed off on how the CIA would interrogate top al Qaeda suspects — whether they would be slapped, pushed, deprived of sleep or subjected to simulated drowning, called waterboarding, sources told ABC news. Bush suggested that they be “grounded” from television, but his aids reminded him that al Qaeda really didn't have television. The President joked, “Well, they’ve got one positive thing going for them.”