Art is easy. Take some stuff and rub it on some other stuff. Maybe add some yarn and burn one of the edges off. It’s art. Good job. 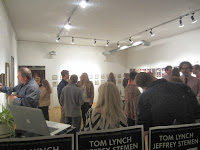 Art shows are tough. You take your burnt cornered yarn thing and you put it out for the public to see and you hope that people understand or appreciate or even just show up to look at it. Fortunately, the Lynch/Stemen show had no burnt yarn art, many visitors and a whole lot of appreciation.

The Lynch/Stemen Art Show was held on Friday October 18th, 2013 at It Looks Like It's Open Gallery in Clintonville. Tom Lynch and Jeffrey Stemen displayed their art on separate walls that met in the corner.  This was a very clever way of physically denoting that even while their styles are distinct and separate, their works were still connected. (Either that or Jeffrey did a layout in Illustrator and this was the only way all their work would fit in the space.)  Tom and Jeffrey work at the same design/build company and for this art show, some of their works are based on work conversations across the desks. A third wall had two white boards for guests to write their names or draw upon. (Click any photo to embiggen.)

Tom Lynch is a professional illustrator working out of Columbus, OH. His displays included the artwork from his recent graphic story/comic “Dig, a large number of pen drawings, 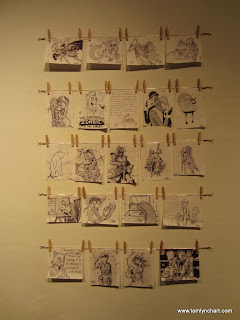 several color illustrations and even a flip book.  Tom’s work is very clever. He is able to portray specific emotion in all his characters’ faces and postures. Emotion that is clear, even if it is an exhausted boxing chicken 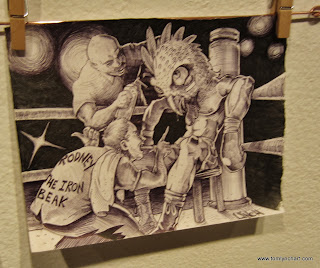 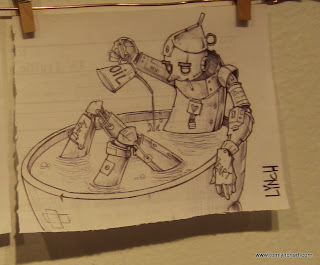 or the Tin Man who’s wondering if maybe he was better without the heart.  I can’t see a scenario where Tom doesn't continue to succeed with his seemingly endless talent. 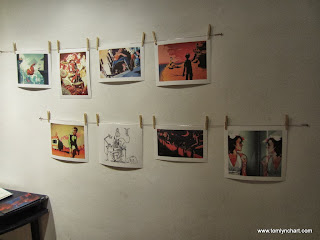 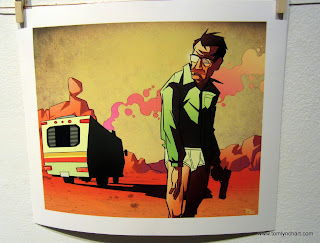 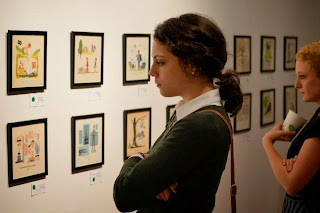 Each piece of art is crafted from the words and art that come from one book. 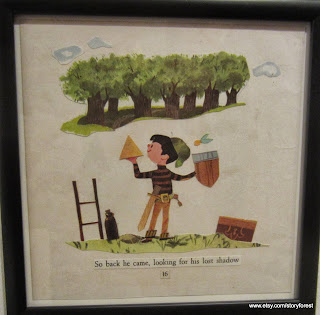 Jeffrey said that once he gets an idea for a frame, he must scour his collection of books to gather the elements he needs to cut into pieces and reconfigure into his artwork. 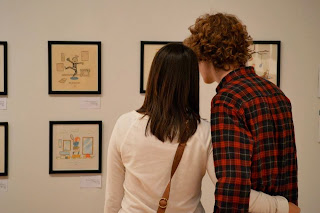 I love how imaginative this is and Jeffrey’s determination to not stray from his rules.  You can see a running theme of video games in Jeffrey’s work while others portray childlike darkness. 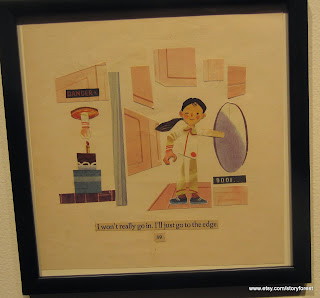 Someday I will partner with Jeffrey on a project and you will all be jealous of me.

The Art Show was great show. I hope they make this a yearly tradition. 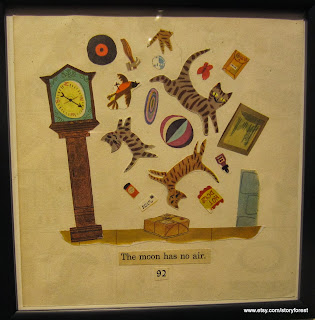 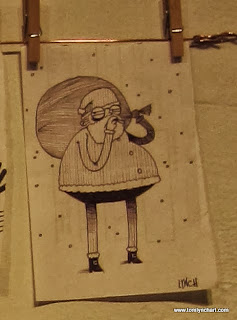 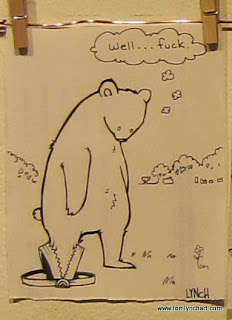 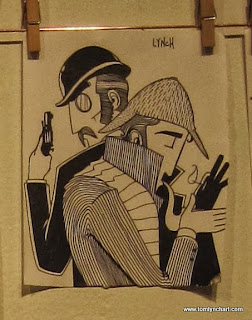 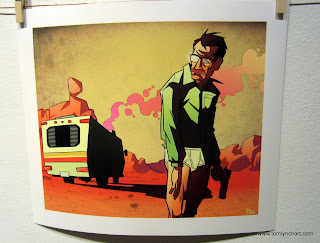 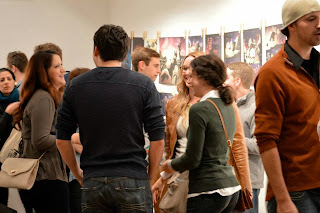 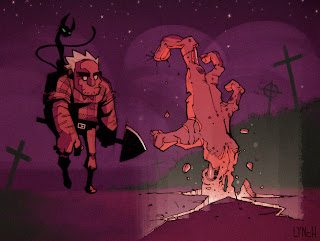 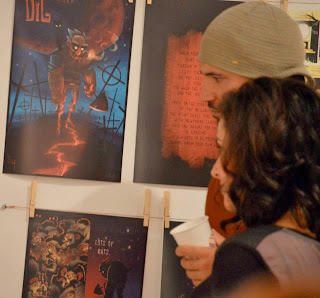 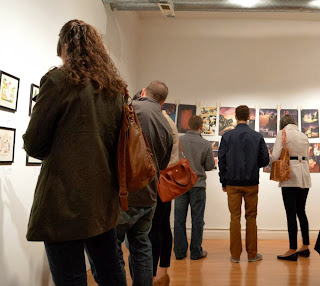 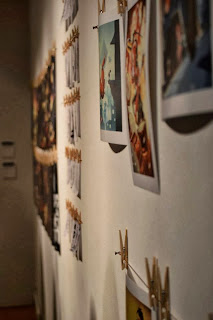 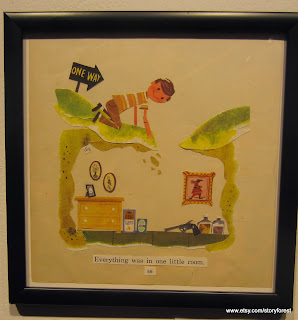 On Friday, October 18th, local Columbus artists Tom Lynch and Jeffrey Stemen will be hosting an art show in Clintonville (https://www.facebook.com/lynch.stemen.) I was able to grab the two for a quick question and answer session.

Tell me about what I will see on Friday
Jeffrey:  You will see a lot of artwork, a lot of wine, and some cheese. The art work will be provided by me, and my art pal Tom Lynch. The idea of the art show came from discussion the two of us had about the love of characters and storytelling. We are both focusing on telling a story in the exhibit. His through a graphic novel/comic book approach and mine explores 24 pages from a variety of fictitious children's books from the 50s-80's.  Oh and I believe the wine and cheese idea also came from a discussion relating to what we should have on hand at the show for people to snack on. We decided on Trader Joes for that.

Should I wear a tux?
Tom: -YOU should, but people shouldn't feel the need to look fancy.
Jeffrey: You should wear two tuxes actually. The first may get stained with the awesomeness that will be flying off the art work in the gallery. 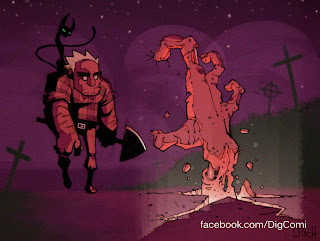 Tom, I saw that you inked a comic book recently.  How was that experience?
Tom: It was great. It was the first time I ever put that much effort into crafting a single idea. Finishing the comic gave me a true feeling of accomplishment that I haven't felt since I beat Sonic 3 on Sega Genesis.

Jeffrey, can I call you Jeffrey?
I actually go by Jeffrey.

What can we expect from you two in the future?
Tom: Right now I'm working on the next Issue of Dig, and a few freelance projects. Jeffrey is going to move to the wilds of Alaska to live off the land and commune with his spirit animal.
Jeffrey: Probably cleaning up the gallery and walking home. And then we’ll probably do another joint show next spring. I am already developing another style I’d like to explore more and then of course share in a gallery. 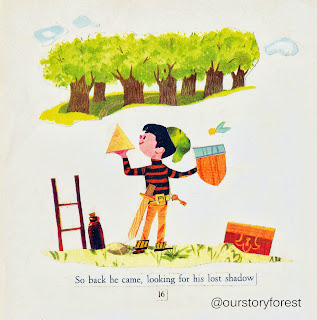 Let me know about your sponsors
PencilStorm.com is a group of freelance writers in the Columbus Music Scene and is highly entertaining. Colin from Watershed fame and Colin's Coffee runs it. Storyforest is a partnership between myself and Julie Standish and it’s another outlet for the reusing of old books and old materials. Winking Owl Studio is the Studio that developed Tom's Dig comic. Now that I think about it, a Storyforest sounds like a place a winking owl would live in. Winking Owl also sounds like a dirty sexual position. Pencil Storm does as well...hmmm...

This isn't going to be one of those art shows where some shaved head guy who thinks he’s a New York City DJ will be in a corner playing music, is it?
Jeffrey: Actually, that very person will be there. His name is Hugh. Prepare for his DJ skills to stain the other tux.
Tom: Hugh typically dresses as a west coast DJ.

The Lynch / Stemen Show is Friday  at 8:00 p.m. Where is this show being held? Will I be able to find parking?
Jeffrey: The show is being help at this really cool gallery in Clintonville at 13. E Tulane
Tom: -It is RIGHT next door to the Cup o Joe on Tulane and High. Parking seems to be typical street side parking.
Jeffrey: I actually prefer people to just jump out of their moving car in front of the gallery and just let the car park itself. You may need a third tuxedo though.

Tom Lynch is a professional Illustrator working out of Columbus, OH. He has made artwork for posters, t-shirts, playbills, albums, websites, and one time he painted a big bird on the side of his high school (legally). Right now he works at Roto, a full-service design and production firm specializing in first-hand experiences for museums and entertainment venues.

Jeffrey Stemen is an Ohio-born designer, writer, illustrator, whose art has been featured in such publications as the Columbus Dispatch, the L.A. Times and Boy's Life Magazine. He is currently a designer for award-winning design firm, Roto, in Dublin, Ohio. Freelance collaboration include Draw Me A Story with professional storyteller Julie Standish, as well as, Storyforest, which he hopes you will visit at www.etsy.com/shop/StoryForest.
No comments: