Want to have some fun while staying in a hotel? 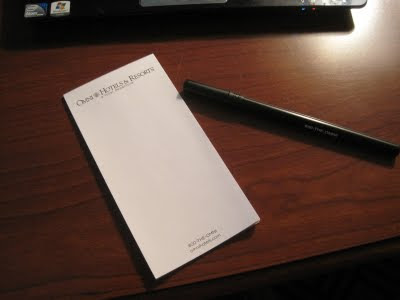 Second, write a list on the pad. Make sure you press down hard. 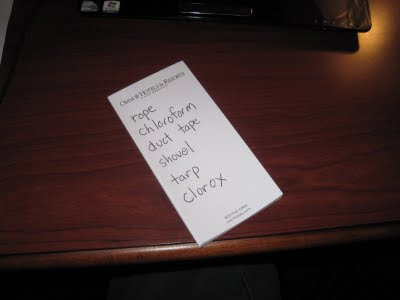 Last, tear the top sheet off and leave the pad behind for some Sherlock to find. 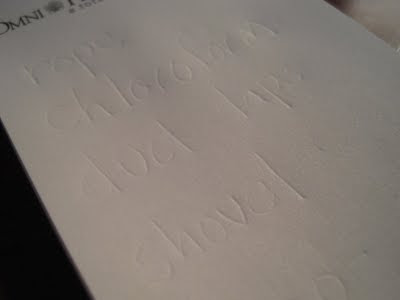 There is such a thing as a bad milkshake

For my birthday (well, it was on my birthday) a few coworkers decided we should have a milkshake taste test. Seeing as we are not located in the culinary mecca of the city, we only had a few places to choose from so we did the best with what we had. We tested chocolate shakes from: 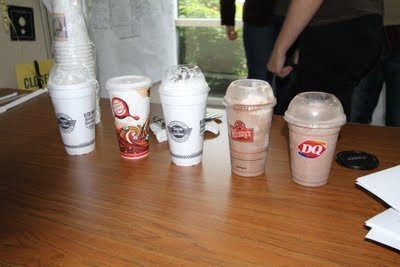 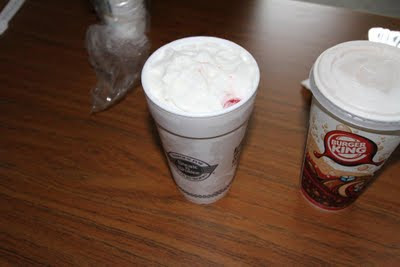 The Steak and Shake chocolate was a very good chocolate shake. There was an even chocolate taste and it felt like real ice cream. Some comments included, "light chocolate taste", "really good" and "thin." 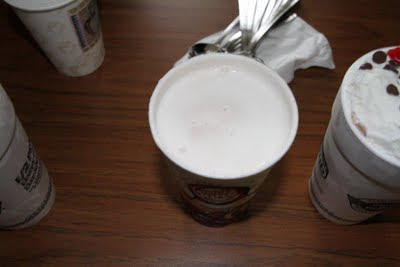 When we took the lid off the Burger King chocolate, we were confused. The shake looked white. An initial taste seemed to suggest that there was a light chocolate taste, but that it was underwhelming. Our only guess was that it was white chocolate and that BK got the order wrong. We tucked in and it was complete crap. Comments included, "marshmallow fluff," "cream" and "poor white chocolate." Oddly enough, one of our testers actually enjoyed the taste. I have to assume he hates chocolate. Fortunately he did like this shake because while finishing it off, he discovered what the problem was: 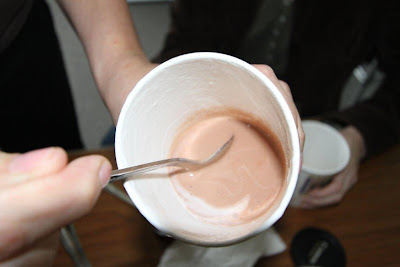 It seems the way Burger King makes their shakes is to stick the chocolate in the bottom, add the neutral milk shake liquid and then mix it up. It seems that they forgot to mix this one up. 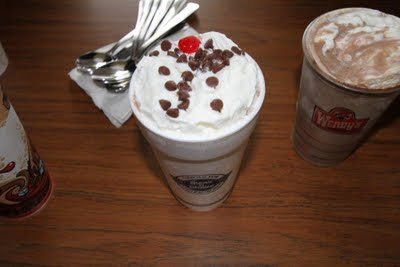 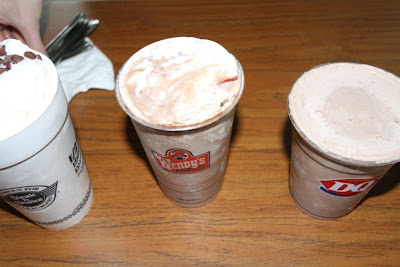 That being said, Wendy's felt the need to shame the Frosty by offering shakes. I did think for a moment that if you took a Frosty and let it melt a little, you'd get a shake. I've never eaten a Frosty slow enough to see it melt, so I was a bit curious. Maybe this might be delicious.

The Wendy's Chocolate shake is terrible. Too chocolaty and not smooth. Other comments included, "madness" and "worse than a Frosty."

The can only assume that this chocolate shake idea came out after Dave Thomas died or right before and it killed him. 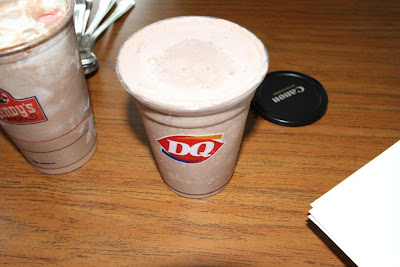 Expectations were low for the Dairy Queen chocolate shake. I mean, it's Dairy Queen.

In the end, the Dairy Queen chocolate was rated highest and the Steak and Shake chocolate came in a close second. 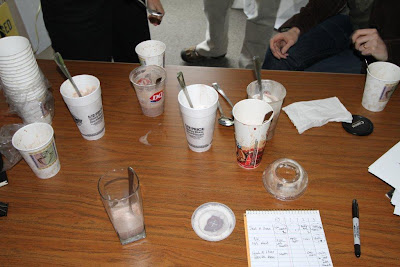 And just so you are aware, the guy who thought the BK shake was delicious had all his votes thrown out.