I was a late bloomer.  I was a good kid in high school.  I didn't drink until after football season my senior year. I didn't sneak out of the house until I did for the first time.

I'm not sure when it was, but I'm sure I was still living at home when my parents expected me to come home as much as they expected me not to. After an older brother and an older sister, I'm sure that the midnight path out the sliding glass door was well worn.

What I don't remember is who, what and where.  What I do remember is the thrill of being out all night. Not having a home to crash at. Trying to find something to do.  Driving with the windows down. Drinking Mountain Dew. Going to girls' houses and having them sneak out to talk to us.  At some point, we met up with others and a gang of us went to Kathy's house.  I asked Kathy if she remembers the night. She doesn't.  I remember by the time we got to her house the birds that sing an hour before sunrise were singing.  I remember joking about Kathy's hands. Her hands contained zero bones, but 27 servings of Jell-o.

Then at some point, as the sun was just peeking up above the horizon, I was dropped off at home.  Sneaking back in is always harder than sneaking out.

In the front door.  Up the stairs.  Across the creaky floor. In bed, clothes and all.

A second lie and then asleep, smelling of grass and sweat and Mountain Dew and being young.
No comments:

If you run Firefox and are trying to remove MyWebSearch, try the following:

Delete any "MyWebSeach" extensions under menu TOOLS and then ADD-ONS and EXTENSIONS.

Next, in the address bar, type "about:config" without the quotation marks. 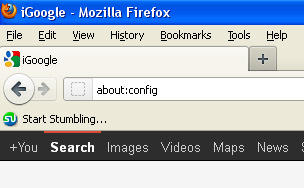 You will see a warning about voiding your warranty. Click "I'll be careful, I promise!" and move on.

In the filter bar, type "myweb." 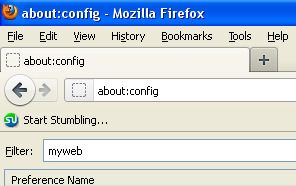 Right click any items that have "mywebseach" in them and select the "reset" option.

I do not know much about MyWebSearch except that it block pages that have anything to do with "Removing Mywebsearch." If it is blocking those pages, it can block other information as well.  Jerks.

Where did you lose your virginity?

Help me with this completely unscientific experiment by mapping where you lost your virginity. Click on the link below to access a map of the world. Zoom in to your location and then click to add an icon to that spot. Feel free to add a note about how you lost it. No names please.

Click here to add an icon to the map. 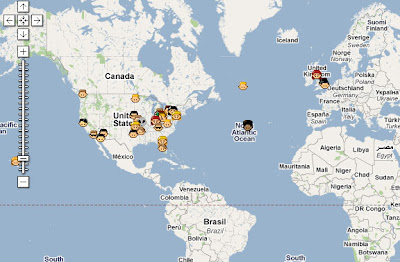 Thanks to the folks at www.mapservices.org!
4 comments: