Uncle Ben's 10 minutes is different from my 10 minutes

I cook dinner sometimes. Sometimes it actually works out. I also like to pretend that I am a real chef where I can time things out perfectly so that when the mac and cheese is peaking, the hot dogs in the microwave are heated up and the waiters take it to the table and do the reveal simultaneously.

The other day, Miss Sally shared a recipe with me that would require some timing. As one component was wrapping up, rice was to be cooked and then everything brought together at once. So when the time came, I called on Uncle Ben. 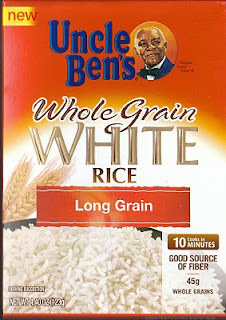 Uncle Ben told be the rice would be "Perfect Every Time." 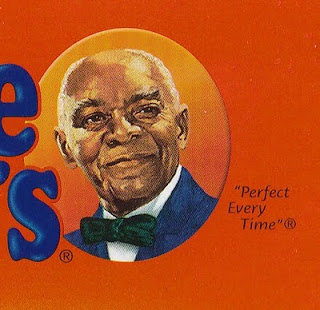 He also told me that the rice would cook in 10 minutes.

So I waited until the meat was 10 minuted from completion and gave everyone a 10 minute warning.

And then I flipped the box over and read the instructions: 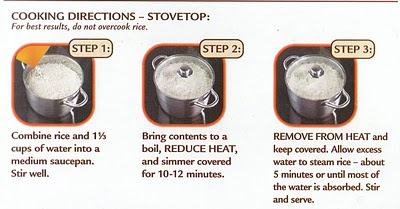 Step 1 is to throw water and rice in a pot. That took about 10 seconds, but I won't count that. T-minus 10 minutes until dinner!

Step 2a is to boil the components. That takes about 5 minutes. T-minus 5 minutes until dinner!

Step 3 is to let is sit for 5 minutes or until the water is absorbed. That took 7 minutes in my case. T-plus 12.

So what was supposed to take 10 minutes took 22. The kids almost staved to death. At least that's what Greg reported twice.

And yes, I know. I should have fully read the instructions. But you've got to admit that the box freaking says, "Cooks in 10 minutes." I call bullshit.

It also took me about 10 minutes to write this article(if you don't count the extra 12 I took to make this Scumbag Ben version of Scumbag Steve.): 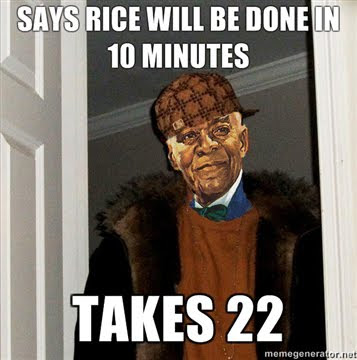 It’s the third week of February and you know what that means! It’s UPDATE YOUR LAMINATED LIST week.

As you all know, a laminated list is the three famous people with whom your spouse will allow you to have sex with if ever the opportunity presents itself. If you happen to run into one of your three famous people and they are drunk enough to let you jump in the sack / couch / Charlie Sheen's basement with you, then you have permission to have guilt free sex with any one of the three people on that list.

Every year, during the third week of February, you are allowed to update the list.

Do It Yourself Funeral

Yo. This is a bummer article and if you are looking for the standard penis jokes then I apologize. This is for someone who's got a stiff they are looking to bury, burn or dump.

I just read the post below by sethra007 on reddit.com. Basically it says that you are going to get screwed over by funeral services if you don't do your homework ahead of time. It's worth a read.


My uncle is a mortician, and I can tell you from him that funeral homes are all about sales and mark-ups. Funeral homes deliberately try to have you make decisions where you're at your worst emotionally, because you're more likely to spend money that way.


When I buried my mother five years ago, it cost nearly $6,000.00, and that was for a basic funeral (which was all we could afford at the time). According to the Los Angeles Times, the average cost of a typical American funeral is now $7,755.00, and that only covers the basics.


Imagine my rage later when I discovered we didn't have to spend that much money. I could have gotten a casket (our biggest expense) for $2000 less via CostCo or the Trappist Monks. Online companies like Star Legacy Funeral Network offer caskets at up to 50 percent off retail, and many offer next day delivery or free shipping. Or I could have built one. If you're being cremated, you can do a rental casket. Heck, I didn't even have to have a casket--I could have used an alternate container.


In my state, I didn't have to have Mom embalmed (which not only would have saved money but would have been better for the environment) or have a burial container for the grave. I had online resources for getting grave markers.


I couldn't do too much to minimize other expenses because my mom had already purchased a grave site. But there were still quite a few things I could have saved money on had I known about funeral planning ahead of time.


The Funeral Consumer Alliance has a great article on how funeral homes manipulate their customers, and the Federal Trade Commission has valuable information on what your rights are when buying funeral goods and services. I highly recommend people read those sites, as well as explore the Funeral Consumer Alliance web site in general. And even though it's dated, I recommend reading Jessica Mitford's classic "The American Way of Death", which dissected the American funeral industry of the '50s and '60s.


I think funerals in general are good things for the surviving loved ones. I know my mother's funeral brought me a lot of closure after her long illness. But I also know that when Jessica Mitford died in 1996, her funeral arrangements cost around $400. I may not be able to get it down that low, but I am most definitely planning on minimizing the cost. I'm sparing my family the expense and either having a low-cost green burial or donating my body to science.


tl;dr version: Funerals cost way too much, but there's ways to cut significant costs. Know your rights, pre-plan your own funeral, and visit the [Funeral Consumer Alliance] (http://www.funerals.org/).

I went to Taco Bell on Friday night early Saturday morning and ended up shooting chili cheese burrito down the front of my jacket. Sally had just washed that jacket for the first time in two years and now it was going to go in the wash again for the second time in a week.

I threw it in the washer after scraping the 35% beef off the front and spraying it down with something that I think I was supposed to yell “BAM!” while squeezing the trigger. I stuffed other clothes in the washer because my jacket would be lonely and the environment would weep if I didn’t.

Out and on to the coat rack.

Because it was a balmy 36 degrees the rest of the weekend, I didn’t see my jacket until Monday morning as Greg and I walked out the door to the garage. My assumption was that it was going to be warm enough to not have a jacket so I just threw it on the front seat.

We pulled into the preschool parking lot and when I jumped out, I realized that it was actually way freaking warmer in my garage than the outside, so I grabbed the jacket off the passenger seat and threw it on.

As Greg and I walked to the doors, I felt something folded up at the pocket flap by my sleeve. I thought my cuff was stuck, but there was something there. As we got up to the door I looked down and saw what it was.

It was Miss Sally’s underwear.

It was stuck to the Velcro that keeps the pocket closed. With several other parents coming and going, I deftly grabbed the undies and stuck them in my pocket. I snickered to myself as we entered and Greg kept asking why I was laughing.

Many women’s magazines suggest spicing up the love life by having the woman stick her underwear in the husband’s pocket so he’ll know there will be some loving later on. As this was Valentine’s Day, I asked Miss Sally if this was the case. Not so much.

Well, in lieu of a Valentine’s Day gift, I told her that I wouldn’t speak a word of this to anyone.

This would make for a great Erik Eats episode 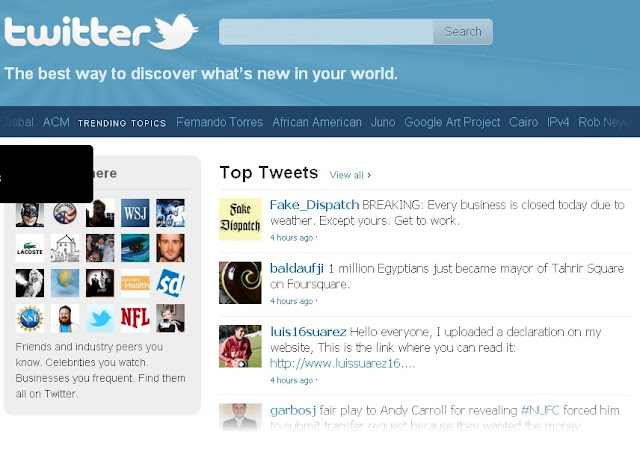