I work with people that design Things and people that build Things. These people usually do not get along. The designers want the impossible and the builders want practical.  Somewhere along the way, they end up bruised and bloody, but in agreement and The Thing gets built.  The designer and the builder then go off and have a drink while the third, yet unmentioned party called the installer, takes The Thing in the field and tries to make The Thing that is too big/ too small / too upside down fit into a space that is too wet / too curved / too gravity.

The installer hates the designer and the builder because they always forget about her/him. Usually the installer ends up calling one of the two from 2000 miles away and asks them what they hell they were thinking when they designed/built The Thing. And because they are still out together having that drink, they tend to let the installer go to voice mail.

Recently, I installed A Thing as part of a much larger project. It was a decorative barrel. The designer and the builder had some really good ideas about how this engineered and scenically treated decorative barrel should look and function.  I do not think they had very many thoughts about how it would be installed. They created a steel frame that could be fastened to the wood floor with large lag screws. They made wonderful holes in the bottom the 36" tall frame in several locations so the barrel would be firmly attached.  The metal frame was connected to other barrels' metal frames so they would all hold each other up. It was a really nice design except for one item: the holes in the bottom were 36" away from the top and the metal frame inside only allowed for about 3" of access to the bottom. Imagine trying to stick a drill 36 inches though the tiny gaps in a Christmas tree made of 1" thick steel branches. It's mostly impossible unless you have a specialized tool.  So with a bit of improvisation, we created "The Rodney."  Not named for the designer or the builder, but for the guy that manages those two entities. And Rodney can take a joke.

So to get through the very small gap, 36" down to the bottom of the barrel, we purchased three 12" socket extension and a magnet. 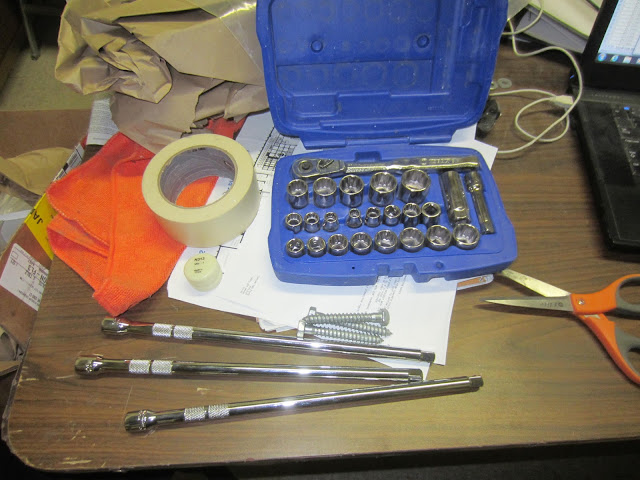 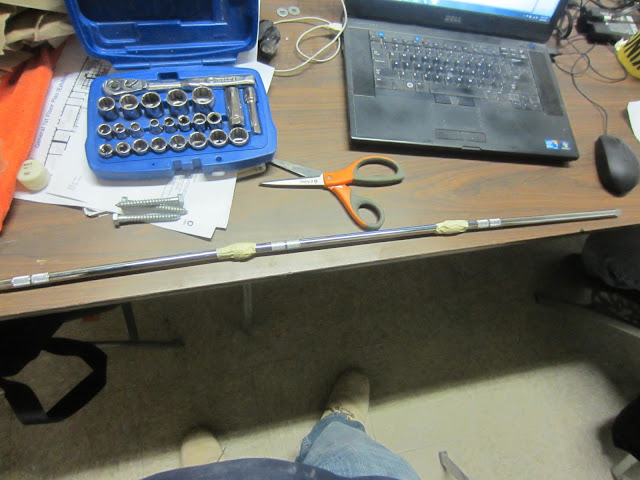 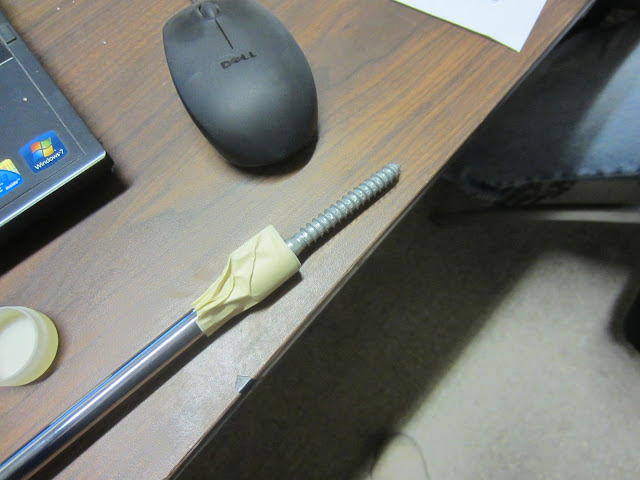 We christened it "The Rodney" and set off to try it out. 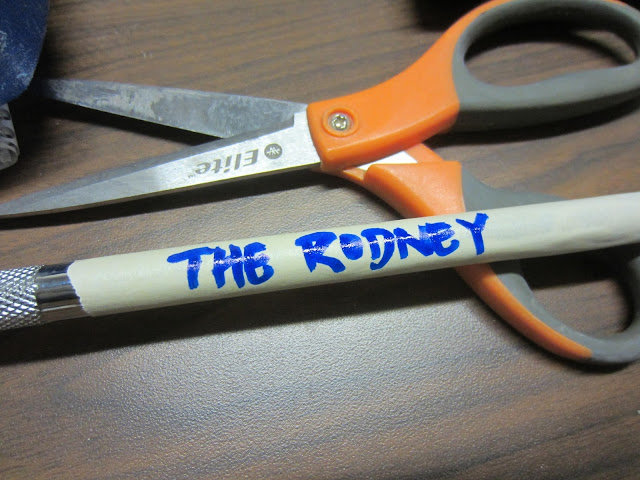 The magnet was so strong that I had problems getting it to the bottom of the barrels without it sticking to the frame.  Once the fastener did make it to the bottom and I would start the drill, the damn thing was wobbly as hell and it was difficult to get the lag to dig into the wood.  After several rough starts, the lag finally grabbed into the wood and The Rodney drove them through the frame in solidly into the floor.

There were five barrels in all and they each got a taste of The Rodney.  Then The Rodney was put on a shelf and mostly forgotten until now. In the end, it got stripped down so that we could use the magnet to fetch some metal bits from under an exhibit and someone had their own Thing to deal with and just needed one 12" extension.

No design is perfect. No fabrication technique is flawless. No installation is simple.  But when your back is against the wall and The Thing is making the situation seems hopeless, just remember that The Rodney will always be there for you.
1 comment: