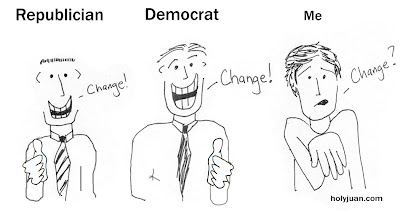 you're not even a cartoonist either. or funny. or do you make interesting points.

So what you are saying is that my cartooning skills are equal to your mastery of the English language.

I love this cartoon. It's classic!

Hilarious! Ignore the OTHER Anonymous person...obviously someone doesn't know what funny is. :)

It has been a while since I've seen you, but from the drawing it appears you have lost some serious weight. What was it? The raw food diet?

He's like your crazy uncle... only sober... and not as interesting.