Erik is hungry. By my calculations, he hasn’t eaten in about four months. Lucky for him, he could use the weight loss.

Erik’s crack team of Food Finders have been very busy flying around the world in search of the perfect food. This week’s adventure takes us to Egypt, the land of the seven headed snake that destroys all by shooting our streams of lava from its gaping maw.

This week’s food for Erik Eats is brought out in a traditional Al’Ecrut, the “Cask of Snack,” in which Egyptian Pharaohs were served a mystery food. Erik has donned a traditional Egyptian necklace or Fraca before opening his snack. 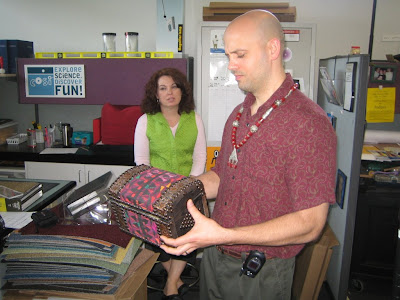 What could this Al’Ecrut hold? 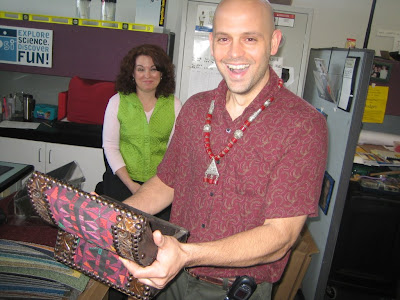 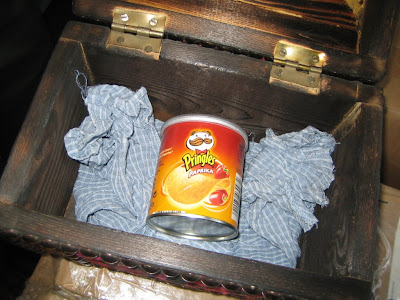 (They look to be sitting atop a pair of ripped up boxers.) 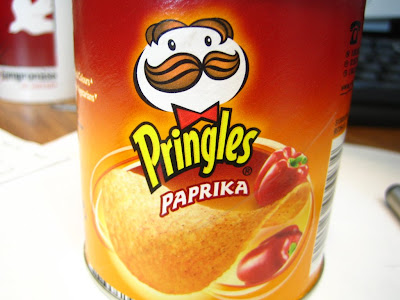 Pringles were a native snack of Egypt before being brought to the United States in 1919 by refugees of the Egyptian/Cylesian War. Kal ed Mufurssa sold the recipe to Mr. Pringles for 2.3 million dollars. In today’s currency, that would be about $415. 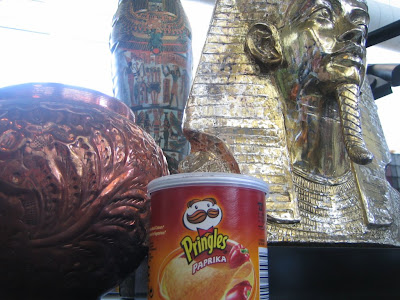 It seems this half can of Pringles was purchased at the Cairo Airport for 30 Egyptian Dollars. 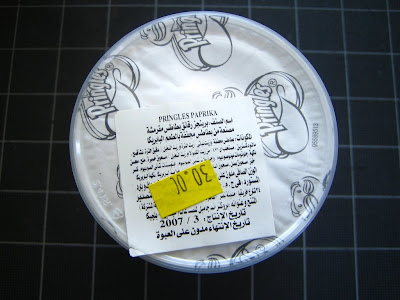 I tried to do the math and failed, so I headed to the internet.

Holy shit! Six bucks for a half can of Pringles? This had better be good.

A closer look at the can reveals that this isn’t just a snack, but rather a savoury snack! 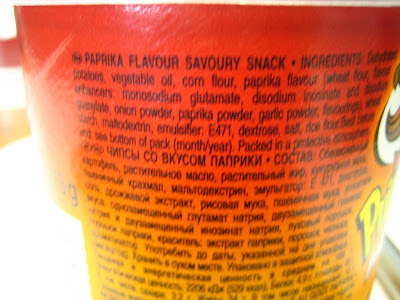 Erik carefully opens the can. 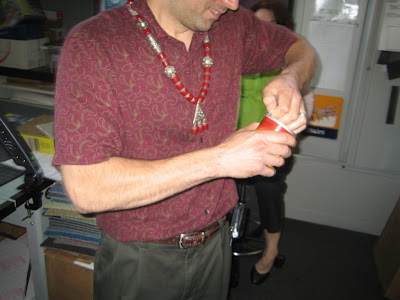 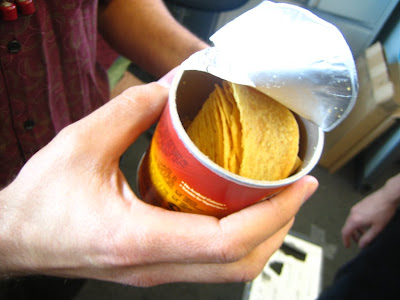 Wow. Not bad for a 15,900 mile journey and three cavity searches. (Josh went back for seconds and thirds.)

FUN FACT: Egyptian Pharaohs were buried with fresh potatoes that were held in place by large rocks. Over time, these potatoes dried out and flattened. Grave robbers used to eat these delicious snacks while making off with precious treasure. There were known to rub the potato snack under their arms to make them savoury. 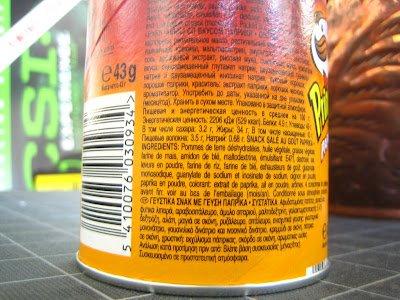 (Is this the freaking Rosetta Stone or what?)

Erik takes a chip and begins to eat… 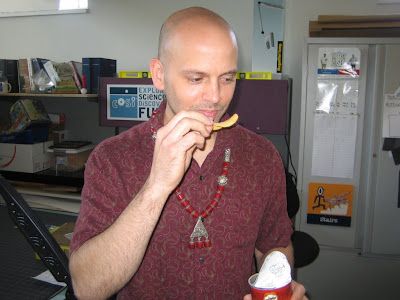 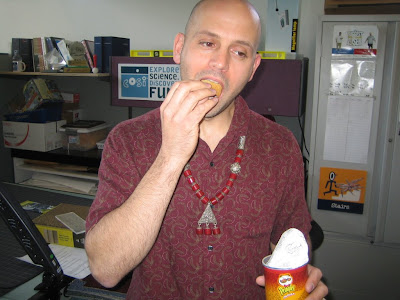 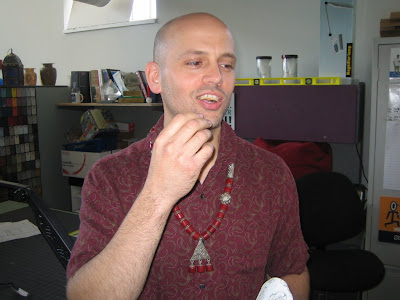 Wait a minute.. doesn’t Erik look a little bit like Xerxes from the 300 Movie? 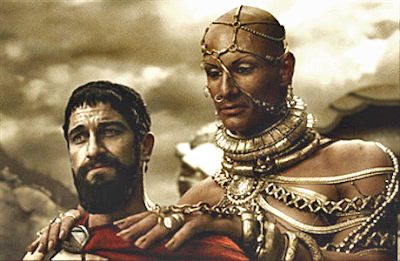 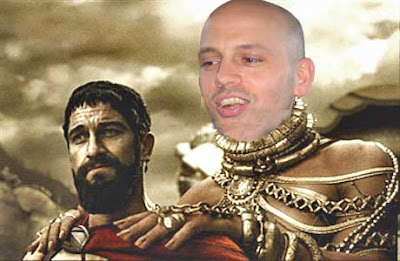 No, I'm sorry. I was thinking about the Imhotep character from "The Mummy." 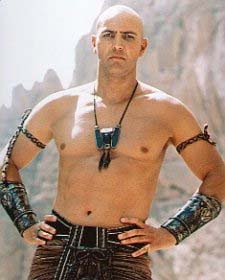 While Erik was being photoshopped, Josh tried the Pringles. 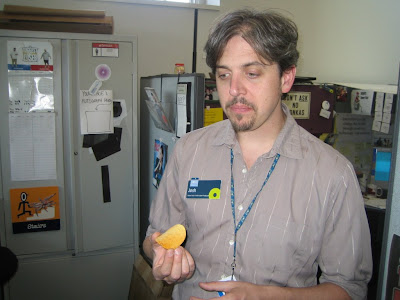 His explosion of excitement is evident.

Steph also tried them and elicited an equally explosive reaction. 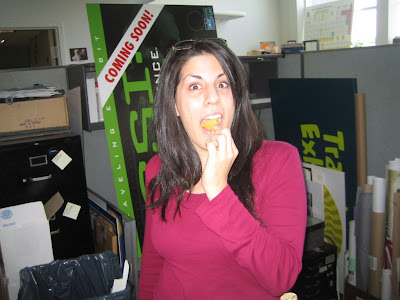 Erik's decision about the Paprika Pringles? 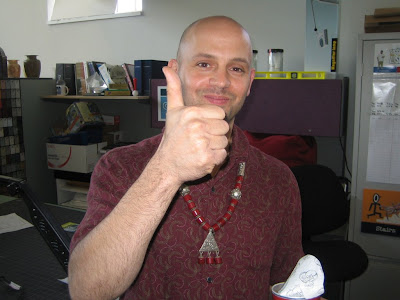 Thumbs up, they are delicious!!

And the final test is, of course, checking out if the Pringles can make a duck mouth. 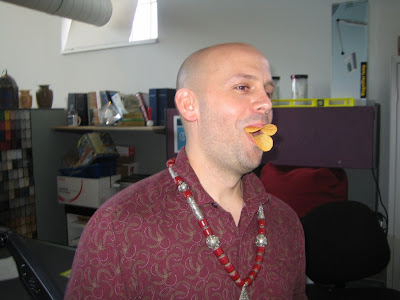 Kiss that mummy curse goodbye because this archeologist is only digging up flavor! 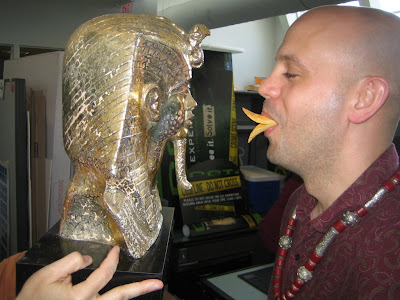 Next Week: A trip to Hapventten Sweeden has chocolate going in one end and chocolate syrup coming out the other.

What? No Pringles for Claire?