I am a fan of Reddit.com. This past holiday season, they put together the biggest Secret Santa gift exchange ever. Reddit community members were assigned another member for whom to buy a gift with the knowledge that they, too, would receive a gift. Thousands of people were involved and it was a beautiful thing.

I signed up and received my Secret Santa’s name and address. I bought this person a few gifts, wrapped them and sent them out. That was December 10th.

Did I mention that that was December 10th?

Time passes. I did not get my gift and my Secret Santa never posted that he received his gift. I was sad.

I gave up at the end of January. Even a bomb shaped gift from Australia going though customs would have made it by February.

Today, Gary stopped me in the hallway at work. He said there was a package for me on his cart. I didn’t think much of it until I saw the beat up box with the word HolyJuan on the top. For a fragment of a moment I thought my Secret Santa gift had finally arrived.

Then I realized that the box was my box and the address was my return address and the large stamp on top said UNCLAIMED and RETURN TO SENDER.

And again I was sad.

Then I remembered what Dad once said. He said, “The best gifts are sometimes the ones you buy yourself.”

So I took my box home and gave it to my son Greg.

Here’s Greg when he found out that my package didn’t make it to the person it was supposed to get to. 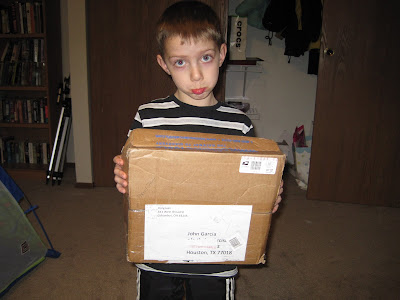 And here he is finding out that the gifts inside are now for him! 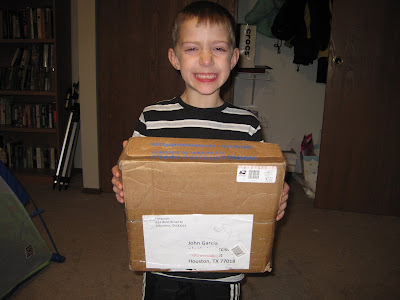 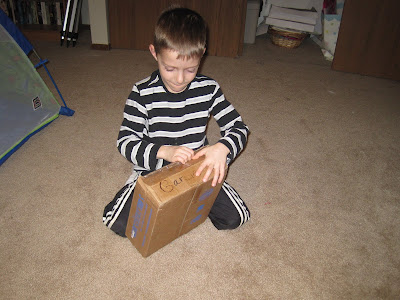 The interior of the box. A couple wrapped presents: 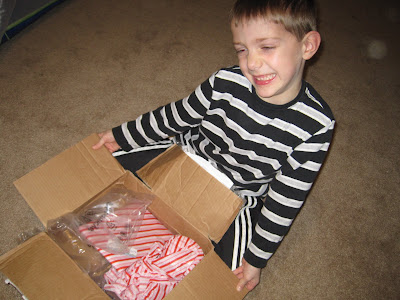 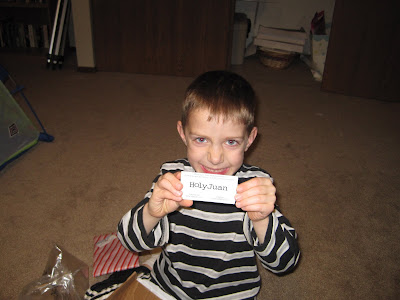 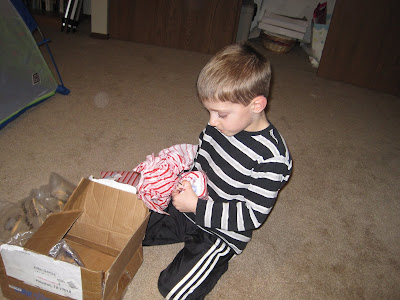 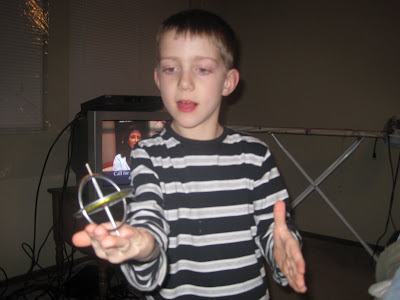 The note attached to the gyroscope: 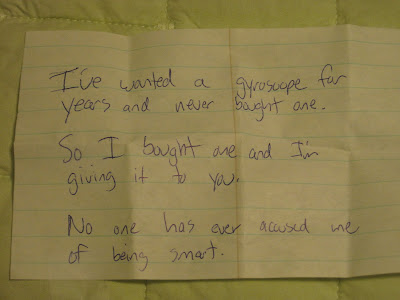 I've wanted a gyroscope for
years and never bought one.
So I bought one and I'm
giving it to you.
no one has ever accused me
of being smart. 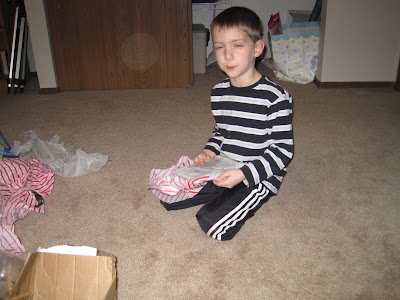 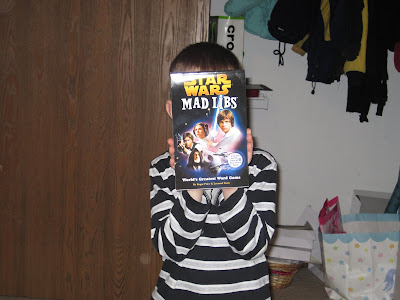 Here is the note attached to the Mad Libs: Hello thehax0rist,
I thought you would enjoy
this Star Wars Mad-Lib.
I think this is actually
how Lucas wrote it in
the first place.

Here is Greg and my first Mad Lib together: 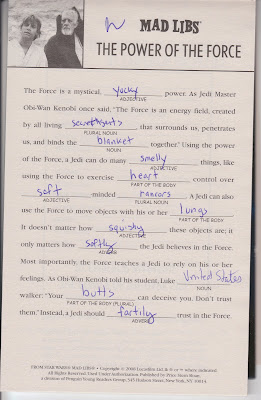 And while the math isn't completely right, two people were very happy with how their Reddit Secret Santa turned out.

See you next Christmas!

That's really sad. Even though it turned out well in the end, it's still sad that people can treat others this way, just because they're on the internet. It may be a voice in the ether, but you get to know those voices and they can become friends.

I had the same experience as you. I sent this girl several lovely presents one Christmas. Jewellery for her, a lovely ornamental dish for her home, books, sweets and toys for her kids and some jokey little bits too. I spent more than I should have on buying it, and it was heavy so it cost a lot to post.

I got a brief thankyou for it eventually. But when I gently enquired where my gift was, she said "I sent you a candle. Didn't you get it?" But tbh I knew, from her attitude and her tone, that she had just never bothered.

Money was tight for me at the time. Her present was the only surprise I was going to receive that Christmas and I was SO looking forward to it. I put so much time and care into choosing her present and was SO excited about mine.

I was devastated to be just wiped out like that. It hurt me deeply. I left that site and never returned.It's ridiculous that a voice in the ether has the power to hurt you so much. And also to change you. I am less gullable now. Less trusting. Less believing. It was a sad experience. I won't ever do secret santa again. :(