COLUMBUS, Ohio—A man said he was beaten with a hammer after playing a video game at someone’s house.

NBC 4 reported with the FAST FACTS.

CPD officers were call to Mount Camel Medical Center East on a report of a beating at about 8:45 p.m. Tuesday.

Simmons said he was playing a video game at a residence.

When Simmons chose to leave, one of the individuals at the residence struck him in the head with a hammer multiple times, according to the victim.

Simmons transported himself to the hospital and was treated for a fractured cheek bone and head contusions.

CPD continued to investigate the alleged assault. An artist rendition of the attacker is shown below: 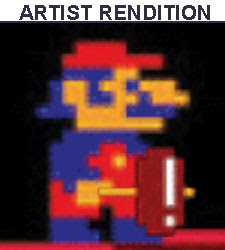