I was at the local grocery store and upon exiting, noticed a large, fake rock sitting in front of the building. It was clearly a trap of some kind and created to look like a rock to fit in the natural surroundings and hide its intent to trap and kill rats and other large vermin. 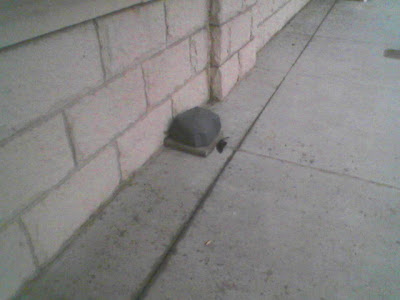 Obviously, the manager of the store bought the rock thinking that it would look better than the standard, black box of death. Sadly the “rock” placement did not conceal the intent in the middle of a concrete sidewalk. 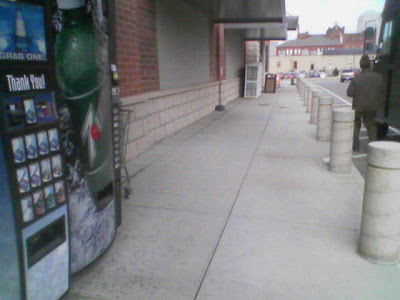 Greg and I were on our way to the Arnold Classic and I saw the perfect spot for the rock trap right next to a resturant. You’d never know the rat trap was there! But of course, neither would the chef. 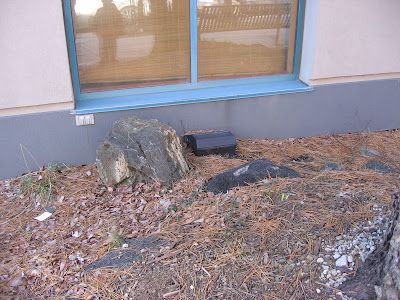 What this is all boiling down to is while I was researching the rat trap, I found this walk in freezer, sticky mouse trap product: 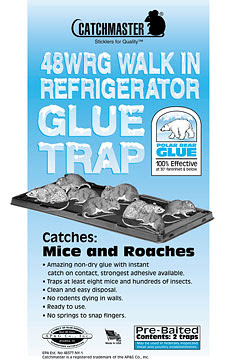 I have three observations:

One: You think the first mouse to get stuck would have told the others that they might want to stay the fuck back.

Two: The next mouse that gets caught on this trap is going to have to search pretty hard for a spot. I think there some space in the back to the right, but someone is going to need to scooch over a bit.

Three: I don’t know about you, but those mice look pretty content. It actually looks pretty comfy.

Low Resolution Oservation #1: How the heck did this mouse get in the middle? 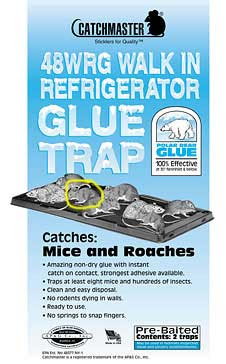 I assume that the material in the trap is sticky. Really sticky. How did this guy get in the center without getting stuck? I assume he had to climb over his buddy who wouldn’t move out of the way in the first place.

Low Resolution Observation #2: Mice don’t walk backwards.
Look at this sonofabitch. He didn’t walk backwards on to the trap, so I assume he crawled over Buddy #1 and Buddy #2 and then got stuck. 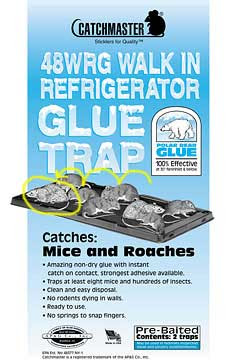 And this guy did the same freaking thing! 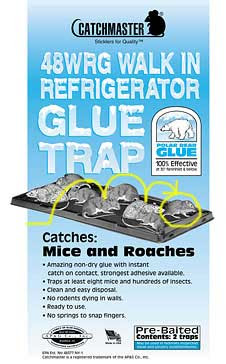 Final Observation: If you find yourself with a trap with this many mice in it, I think you should be doing a bit more than putting a sticky piece of plastic in your walk in freezer.

And as a bonus, a photo of me letting a rat eat out of my mouth. 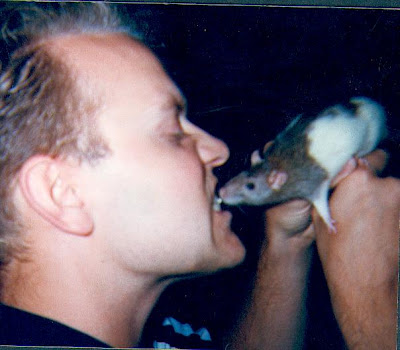 Working in a vet clinic we had those sticky trays to catch mice.

Every once in a while I would check and there would be one mouse, smack in the middle. I have no idea how he got to the middle unless he jumped or fell from the sky.

That sticky stuff is STICKY and it's extremely time consuming to wash off your fingers.

all this snow must really have had you stuck in the house all day! that's a lot of thought about rat traps.

That rat ate out of your mouth? Didn't the other rats warn him?

My first thought was what do you do with all these mice once the trap's full? Who gets assigned the job of peeling the mice off the plastic? What if the trap fills up before the mice all get a chance to die? You'd have a live mouse platter.