Kit, John and I went to Ohio University to see Margot and the Nuclear So and So's concert. There are two parts to this story which I will call Part One and Part Two. Part One is titled, “How to Spend Nine Hours with Two Men” and Part Two is titled, “You Can’t Go Home Again, but You Can Drink a Beer There and Pay with a Credit Card.”

How to Spend Nine Hours with Two Men

About two months ago, I made a mark on my calendar at work on April 14th. The mark said, “OU.” Margot and the Nuclear So and So’s were playing a concert at Baker Center in Athens, OH and I was going no matter what. I wanted a friend to come along and of all my lame ass friends, Kit was the only one to step up with a commit. I don’t blame my other friends for not going. Their lives are filled with families and commitments without the luxury to purchase alcohol by the glass in a bar two hours away from Columbus and staying the night in a sex stained hotel room in a town filled with women whose average age is three years over the legal driving limit. Fags.

I reserved a hotel room and I marked the days off on the calendar.

On Thursday the 12th, John said he was enlisting for the trip. This changed everything. John does not drink and thus would drive us down and back again. This would save us from having to get a hotel room because Kit and I planned to get our drink on and would be in no condition to drive.

We left John’s condo at 6:00pm, a full hour after I promised we would. (I just decided I would switch to a copy cat, pseudo “24” version of story telling.)

6:00pm
We leave John’s condo a full hour after I promised we would leave. I was at Carl and Toni’s son’s 1st birthday party and just couldn’t find my way out the door. 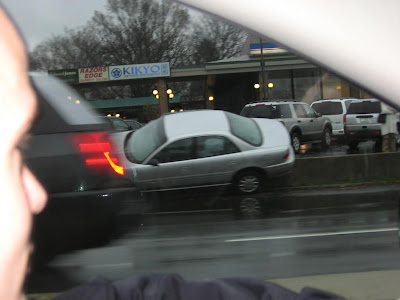 7:40pm
Kit buys a round of aquariums at the Pub. John gets a glass of Hocking River’s finest.

8:ish
We take photos of ourselves getting absolutely crazy at OU. About this time, John makes the comment that “we really don’t look that old.” We drink more. 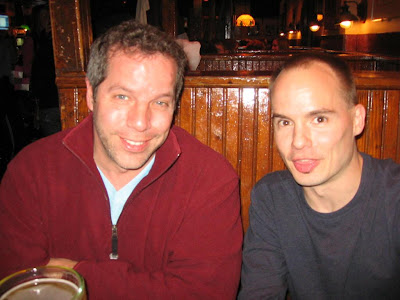 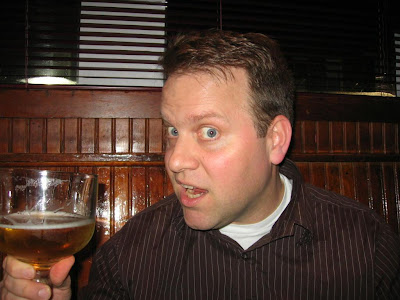 8:45pm
We try and head over to Baker Center to check on the place and make sure we know where we are going. After driving around South Green for seven minutes of not knowing where we were going, we stop and I jump out and ask a cop directions. I try to talk out the side of my mouth so that my stinky beer breath. His directions are good and we find the place.

9:00pm
Inside Baker Center we hear music coming out of the coffee house and head in. Two girls are playing music for a crowd of about 20 people. We head out to get something to eat.

9:20pm
We trudge through the rain and order food at what used to be the largest Taco Bell in the world. The upstairs had been a seating area, but someone got wise and turned it into apartments. We ordered and ate.

10:15pm
We trudge again and head back into Baker Center. Another band is finishing up. Margot is scheduled to start at 10:30pm. There is now a crowd of six people and three of them are us. (One of them was a chick with this tattoo.) 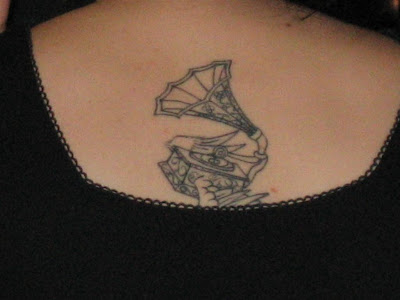 This is very disappointing. I apologized to Kit and John. I knew Margot had a bigger following than this.

10:25pm
The next band is setting up and they look nothing like Margot. I ask the sound guy when Margot is coming on. He says that Margot is actually playing the Baker Theatre two floors down.

10:27pm
We get into the theatre, just as Margot is stating to play. Read about that HERE. 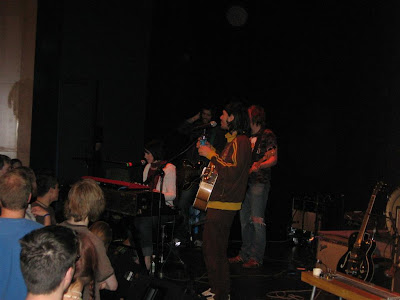 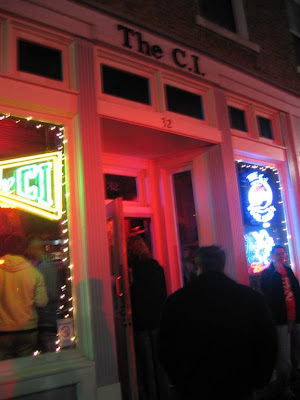 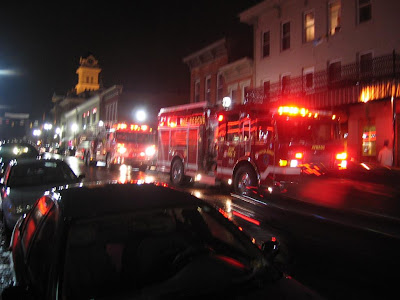 7:00am
Wake up not in a hotel room and get back to those pesky and beloved commitments.


You Can’t Go Home Again, but You Can Drink a Beer There and Pay with a Credit Card

I should have thought about it ahead of time, but I was so excited to go back to Ohio University that I didn’t remember that I would now be an outsider. It was very surreal because the bars were structurally the same. Same neon signs. Same posters with chicks. Same looking bartenders and guys checking IDs. It should have been obvious.

Smoke- It is now illegal in Ohio to smoke in public places, bars included. This means that the overwhelming stench of old beer and vomit in the bars is no longer masked by the heavy cloud of cigarette smoke. I think there were still peanut shells on the poster frames in the CI that I stuck there 15 years ago. They should hose those places out in the morning. And at around 10:00pm.

Cell Phones- It was very odd to see people talking on cell phones in Athens’ bars. I got over it quickly, but it was still out of place.

Credit Cards- Yes, there were credit cards when I went to OU, but not many bars accepted them. That night, people were running tabs and buying rounds and rounds of shots and drinks. At the Pub, Kit did not have to leave his ID at the bar when he bought the aquariums because he was running a tab with his credit card. 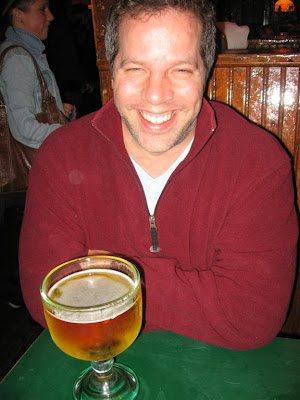 I’m Old – “Zombie” by the Cranberries came on the jukebox at the Junction and everyone, except us, sang it. They sang it like we sang “Cecelia” when we were in college. I didn’t get it and then I realized that I was out of place. I did not belong there anymore.

Don’t get me wrong. I’d love to go back to OU with a group of friends from college and get drunk and reminisce. But we could do that anywhere. I can go to a shitty OSU bar here in Columbus and have beer spilled on me by a 19 year old chick with HUGE CLEAVAGE. (That’s another bit that has changed. In 1992, chicks were wearing flannel shirts or turtle necks. Now a days… holy shit! Boobs!)

In the end, it was a fun trip. It was nice to see the OU campus. It was fun to sit on the ledge at the CI and people watch. Kit and John took a piss in the alley that, 14 years ago, I stripped down in to go streaking. But all in all it was fun because of the company, not the location.

And damnit. We didn’t get a burrito from the Burrito Buggy. Guess we’ll have to can’t go home again, home again.

Email ThisBlogThis!Share to TwitterShare to FacebookShare to Pinterest
Labels: Burrito Buggy, John, Kit, Margot and the Nuclear So and So’s, Ohio University, road trip, streaking, The CI, The Junction