The price scientists over at Burger King think they have got their stuff together. They came out with a pricing system for the Single Stacker, Double Stacker and Triple Stacker at $1, $2 and $3 respectively. I decided to do some research to see if those scientists went to a school that doesn't have collective bargaining rights.

I went out and bought three Single Stackers, one Double Stacker and one Triple Stacker. 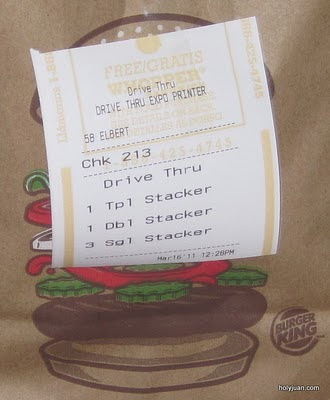 My server was Elbert! 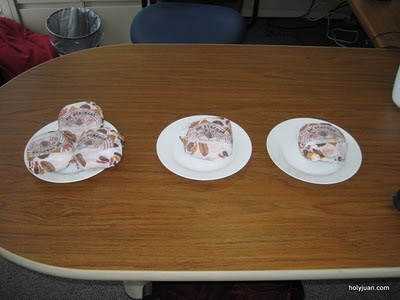 The bigger the sandwich, the more you pay per calorie/ounce. That doesn't seem right!

The Single Stacker is comprised of a bun, one hamburger patty, two "segments" of bacon, a slice of cheese and some strange sauce that I will not be mentioning again. 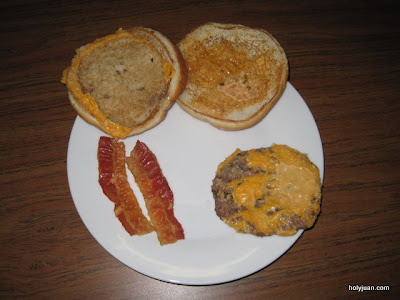 Here's what the three Single Stackers look like separated. 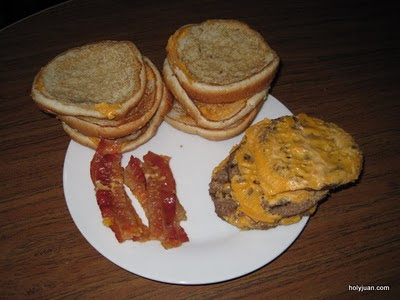 The Double Stacker is comprised of a bun, two hamburger patties, three bacon segments, a slice of cheese and the sauce that I said I wasn't going to mention, but forgot. 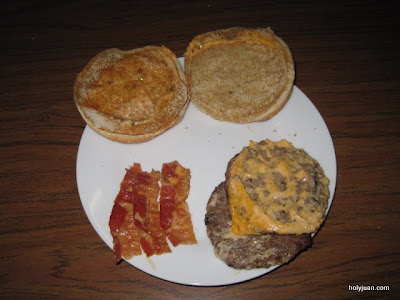 The Triple Stacker is comprised of a bun, three hamburger patties, three bacon segments, two slices of cheese and more of the you know what. 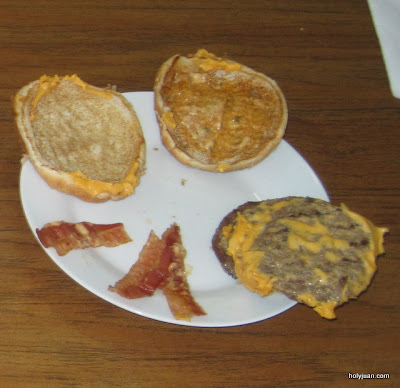 There are three patties in there.  One of them is hiding in the cholesterol.


By the way, the people over at Burger King think this is what the Triple Stacker looks like: 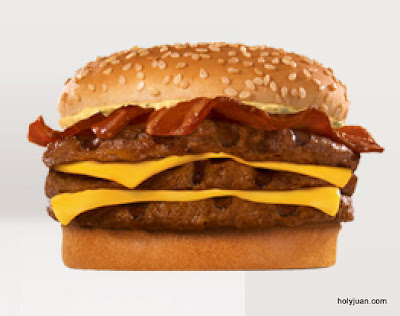 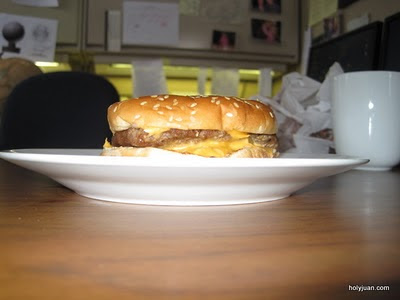 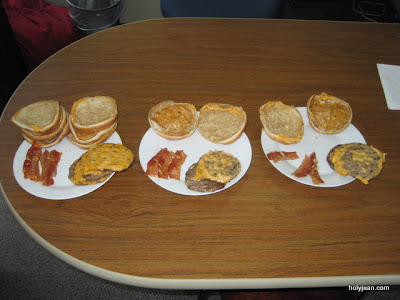 So just by looking at these components, I can tell you are getting screwed. For starters, there should be two slices of cheese on the Double and three on the Triple. And the bacon should be spilling out of the Triple.

So you could take a Single Stacker and a Double stacker for $3.00 and you would get 2 buns, three hamburger patties, two slices of cheese and five bacon. I call this the "1 + 2 = 4." 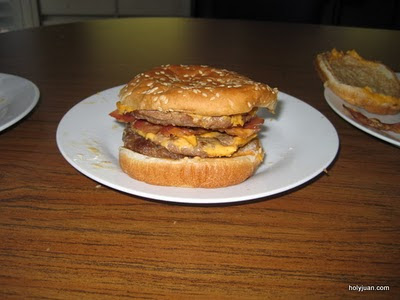 Or, you could take the three Single Stackers, remove the tops of two and stack them all. I call this the "Real Triple You Stupid Price Scientists." 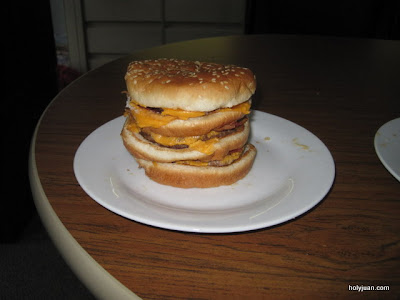 Or you could just say "fuck it" and stack everything in one bun. I call this "The Lent Buster." 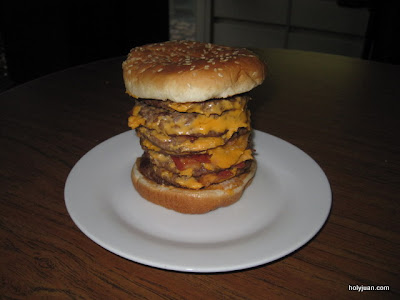 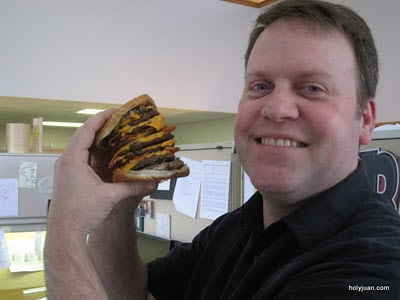 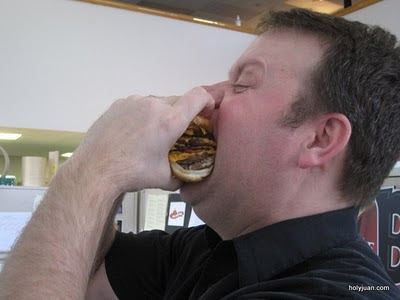 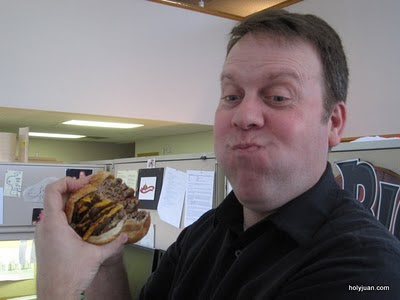 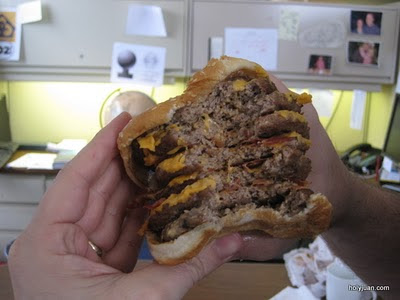 CONCLUSION: The price scientists at Burger King are idiots. Just buy singles. You can feed the ducks with the leftover bread. 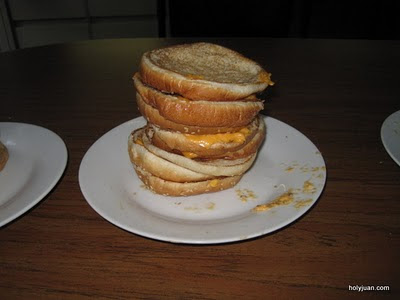 Gluttony is not very Holy, Juan

Yeah, cause "collective bargaining" is for the kids (and leads to better learning)... that's scientific.

In other news, the "price scientists", (I think their technical term is capitalist marketing geniuses) are doing their job exactly right by increasing profit margin. It is the unwary consumer who is at fault here.

You have entirely too much time on your hands.

This is why I always buy their Deluxe Taco Salad with a root beer soda.

I do not recommend the churros.

I had a bk double today and the meat was a lot smaller than yours looks, I think I will get another and see.

I'm crying at my desk. My co-workers must think I'm completely batty. You're a genius!

That is $#(*ing awesome. I just had a double stacker and felt let down. I'm gonna go buy 5 singles and stack em!!!