Miss Sally, Greg, Annie and I went to a new park in Westerville. It's a pretty cool little park. There are a bunch of standard park slides, structures and swinging stuff, but there is also a lot of open ended play. From the road it looks like a very standard, plastic park, but once you start exploring, there's a bunch of stuff to do like jump on rocks and build dams and find frogs.

Annie brought along her ladybug magnifying glass. It was Greg's until he lost interest and then Annie adopted it. When we first arrived she was checking out dirt, which to her was pretty interesting.

We did a few activities. I noticed a water table and started taking photos while Miss Sally and the kids were climbing around on stuff. Annie found something that needed a closer look so she called forth for her magnifying glass. But it was nowhere to be found. We looked around the area and checked for little kids who might have accidentally picked it up. Nothing.

Annie forgot about the magnifying glass and we try not to mention it.

Today at work, I needed to take a few photos of some equipment. When I down loaded the photos, I saw the park photos I took. I decided to share the cool water table with my co-workers so I downloaded those photos.

As I was getting ready to crop them, I thought about the magnifying glass and started to look to see if I could see where Annie had set it down. 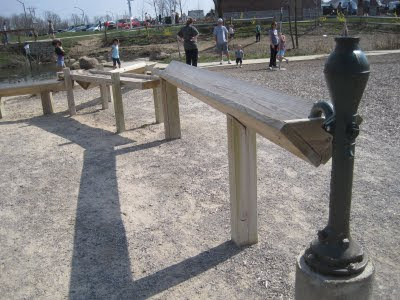 There it is! That tiny speck of blue and red! 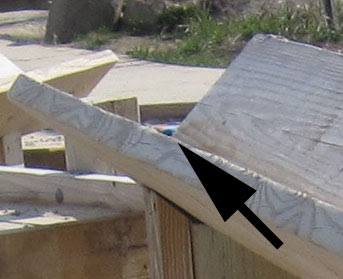 Annie had set it down and I just barely could make it out in that image.

So let's look at the second photo of the water table. 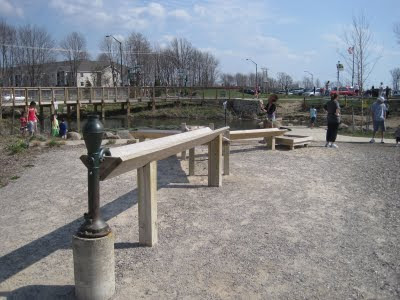 That's a cool water table and... 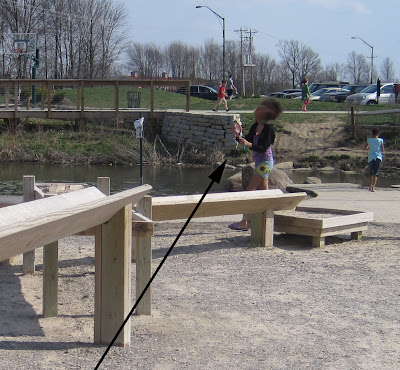 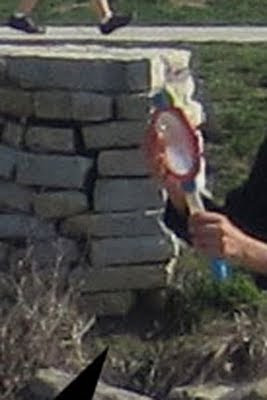 I couldn't believe it! I felt like this was CSI and I needed to make a GUI interface or something.

Before you start casting stones, I will say that this park was wacky enough that there could have been magnifying glasses sitting around for people to use. I bet she played with it and then set it down for someone else to find.

We'll have to got back and look for it. I bet it's still there.

You are quoting Bladerunner with the commands to the computer, are you not?

I need to know where this park is, so that I can take my boys. But mostly so I can stalk you. Just kidding.