For those of you unaware, Erik and I no longer work together. Let's just say that those sexual harassment "guidelines" actually stand up in court. What this means is that our "Erik Eats" segments are going to be few and far between.

The only good news to all of this is that the food we had stockpiled in my cubical needed Eats and Erik was on board to plow his way through everything we had left. So at my going away party at Hal & Al's in Columbus, OH, we did it.

So here it is: The Erik Eats Marathon.

A bright orange package arrives! What could it contain? 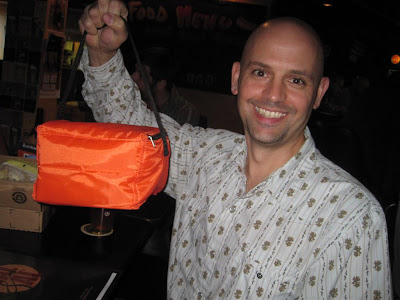 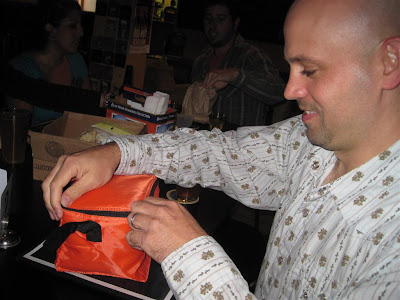 Oh dear! A treasure trove of delightful solids and liquids!! 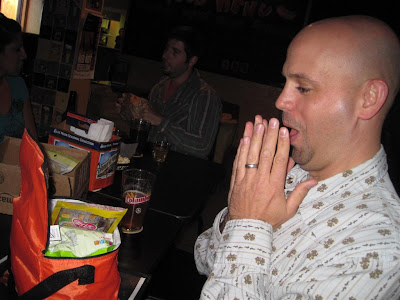 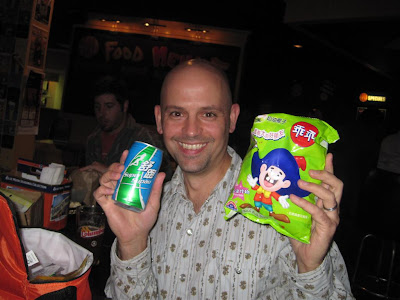 And look! Some kind of lollipop thing and Preserved Fruit of Haw! 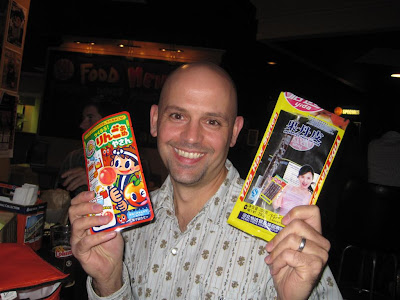 Some kind of crayon shaped food. (With a premature thumbs up.) 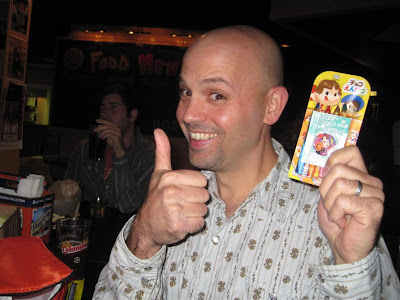 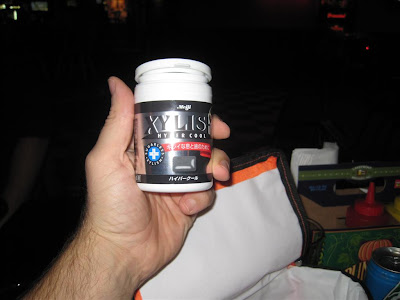 How did this get in there? 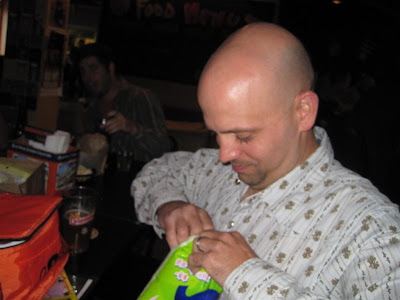 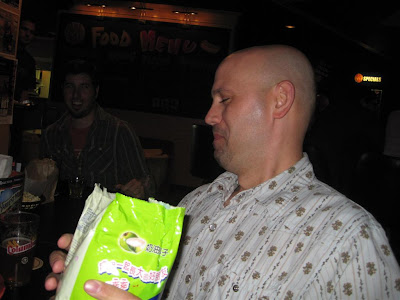 It's just the sweet, sweet smell of coconut. 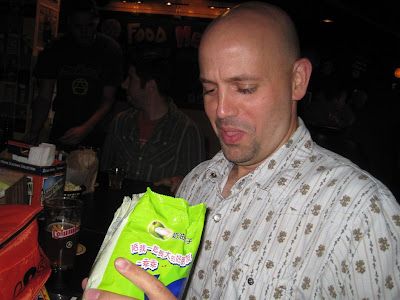 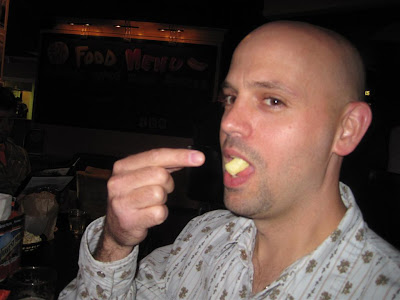 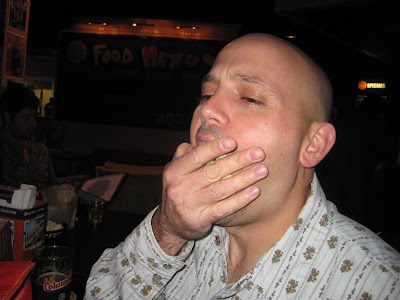 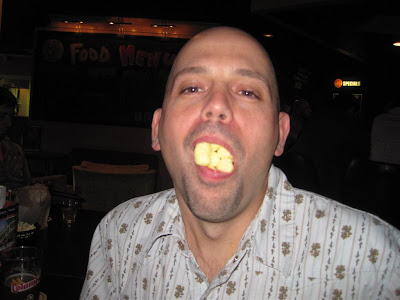 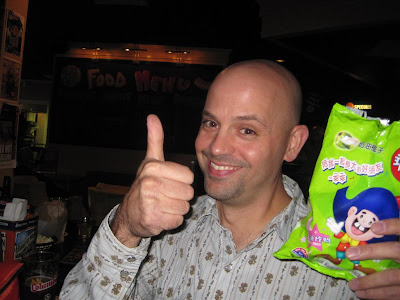 It's Preserved Fruit of Haw! 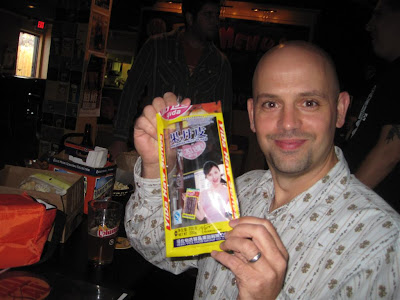 It's Preserved Fruit of Haw in a pre-opened package that maybe we might have already gotten into because we were hungry!

Erik removes the last individually wrapped stick of haw fruit from the package. 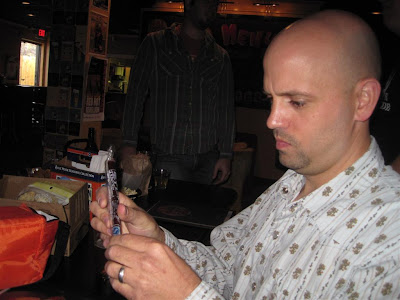 Erik struggles to remove the wrapper. 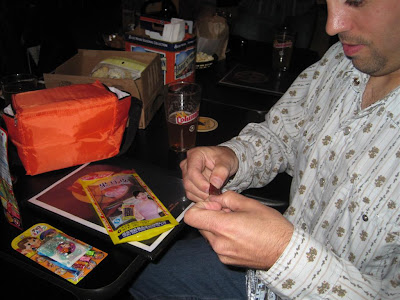 Look! A friend has joined us. It's Freckled Jen to the rescue. 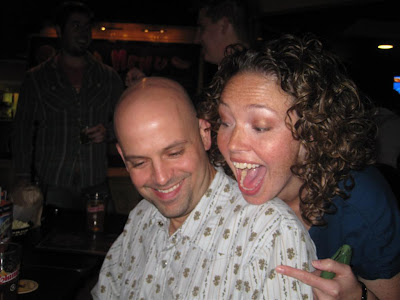 Even with Jen's help, Erik struggles to get the wrapper off. Perhaps it is the flashbacks to years ago as an awkward 24 year old when he had trouble getting a wrapper off something else for the first time? 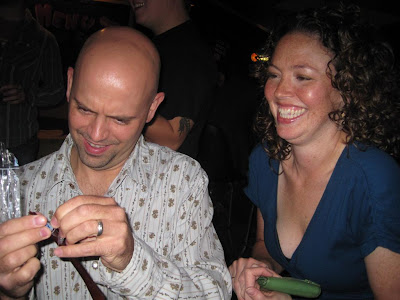 Erik goes in for the age old "Lady and the Tramp" move. 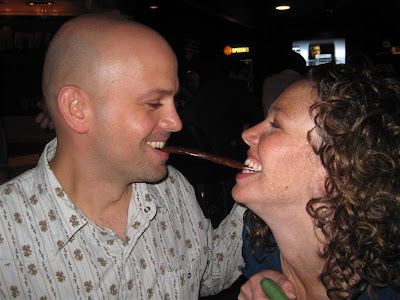 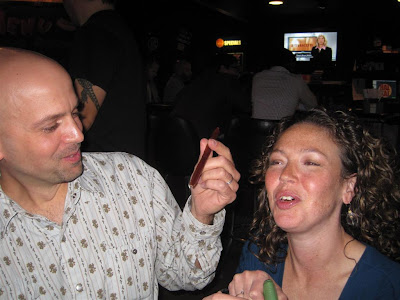 Failure or not, Erik goes in for the kill. 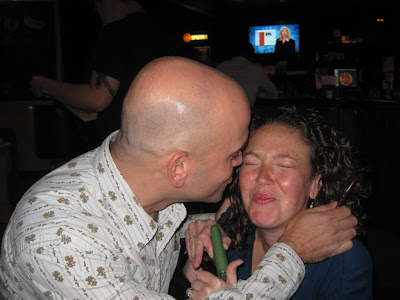 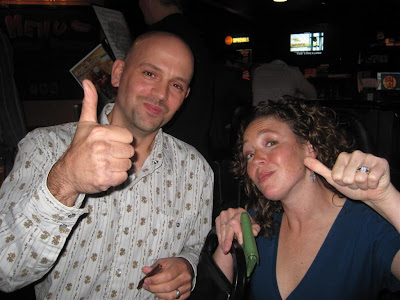