One plugged flat tire and 250 miles later we were within 20 minutes of Eric’s place in Chicago. We texted back and forth to coordinate when we would be arriving. Eric said that he would be at a party and that we should come over to the party. In Ohio, we call that an invitation.

Greg’s TomTom was re-programmed and we were on our way. There was parking right in front of the apartment and we jumped out and stretched. We called Eric and he came out of the party and warmly greeted us as only Eric can.

“Hey guys. The party is breaking up.”
That’s fine.
“Just a minute.”

Eric went back in.

We waited about five minutes standing outside the car. A couple walked out and then went down the street. Eric came out about three minutes after that.

“Things are still breaking up. Let me grab some folks and we’ll head back to my place.”
Should we come in?
“Um, no. Wait just a minute.”

Eric went back in. About two minutes later he emerged with a girl who was very fun and a guy with a football. The girl laughed and talked to us and we threw the ball back and forth with football guy. At some point, a guy stuck his head out the door, eyed us up and went back in. I assume that was the host of the party that was breaking up.

Eric admitted that there had been a bit of a mix up. He told the people at the party that he was having a few high school friends over. The host of the party thought that Eric was bringing over people that were in high school and not happy about that. Eric went back in.

So we stood outside and waited for a total of about twenty-five minutes for the party that was breaking up to break up.

The party broke up. Several piled into Eric’s car. If I was better with names, I would tell the name of the one guy who got into Greg’s. He was a cool dude. We chatted on the way over to Eric's.

We arrived at Eric place. He’s got an awesome house. His awesome house has an even more awesome deck that we sat on under the hazy stars, drank beer, talked and laughed with Eric and his friends. We mocked Eric for inviting us to a party we were not allowed to enter. We talked of our past transgressions. Eric played music from his computer. We discussed Lollapalooza. We laughed.

Kit went to bed. I took a group shot a little while later. 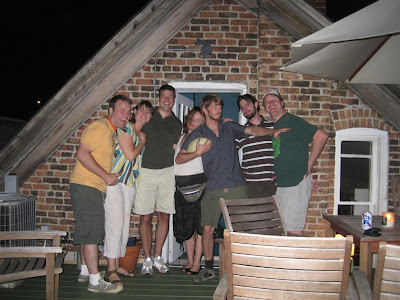 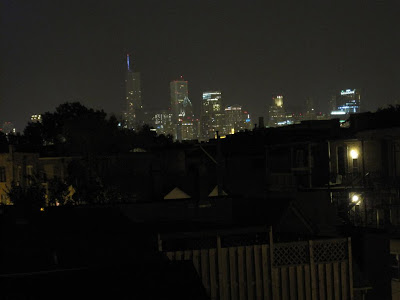 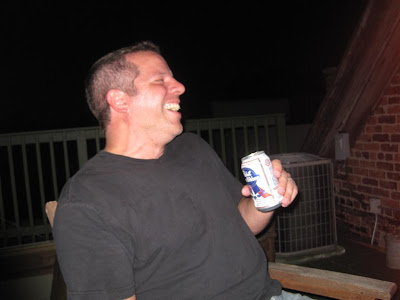 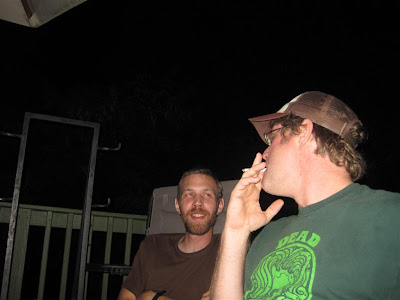 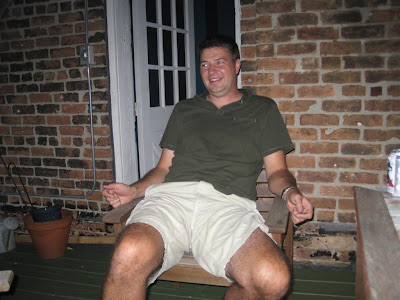 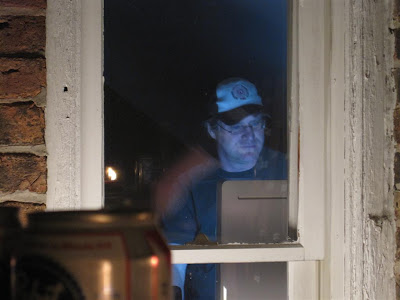