LORAIN OH – Many hard working Americans are faced with possible job loss during these tough economic times and it is very easy for the recently dismissed to lose hope. Neild Mortgage, in Lorain, Ohio, has been laying off staff over the past few months and owner Orlando Neild decided to put a positive spin on the pink slip. “During the election, I was made hopeful by Obama’s campaign posters. The colors and letters make me feel good no matter what the message.” When Orlando was faced with having to lay off some of his staff, he decided to deliver the negative message with a positive attitude. His idea was to deliver the bad news with a message of HOPE. 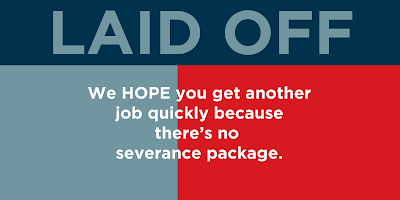 “I feel that if you are going to deliver bad news, you might as well do it in a pretty way. Make it so that they can turn an unhappy event into lemonade.” 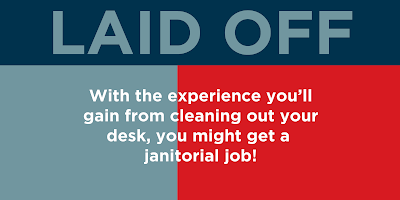 Orlando paid a graphic design firm over $45,000 dollars to design the pink slips and to come up with a “Feel Better in 2010” message. Orlando helped with the design, “I said ‘Keep the blue on the right. That is more positive.’ And in these minus times, we all need the positive.” Mr. Nield also helped with writing the positive messages and ensured that each employee was personally escorted out of the building by two Career Enhancers/Security Guards. 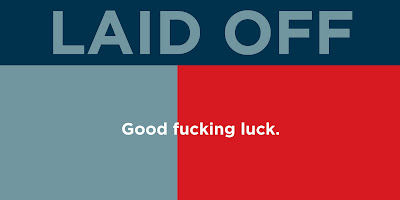 "We'd love for you to continue working for us. We just can't pay you anymore -- sorry."

You nailed Orlando, Holy Juan. Sounds just like him.