The History of the Submachine Gun

It is common knowledge that the submachine gun was developed for use in submarines, but many people do not know the complete and interesting history of this famous, undersea weapon.

During the early years of submarine warfare, crewmen were expected to fight in sub to sub combat using clubs, punji sticks and other melee weapons.

Towards the end of World War I, the Germans, or Krauts, began experimenting with machine guns during battle. During a raid on the British Submarine HMS Fantastic, seventy-two crew members of the German submarine Luftankrietkamenhoffen died while attempting to get the large, cumbersome gun into the narrow hatch of the British submarine. 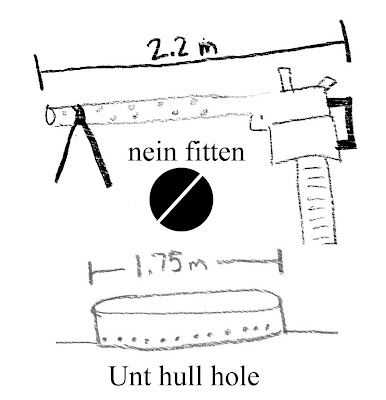 The captain of the German sub retreated and died of food poisoning soon after. The second in command had been killed in the original battle and so was the third in command and forth if you really need to know. The fifth in command was brought up on trial for poisoning the captain and thus the sixth in command was made the captain. It would be under the courageous Captain Knaus’ supervision that the submachine gun was developed.

Knaus believed that a smaller, high caliber gun could be used in the tight quarters of the submarine. His first tests showed that the walls of the sub were too thin and that bullets pieced the hull. “Fat Fingers” Fredrik Gummas was able to plug all eleven of the holes and save the sub. Knaus took his sub back to port and had the hulls thickened with eight inch steel plate. While the sub sat on the bottom of the port waiting to be lifted back to the surface, Knaus tested his machine gun and the ricocheting bullets killed twelve of his crew. The war ended soon after and the armistice banned all submarine, machine gun development. 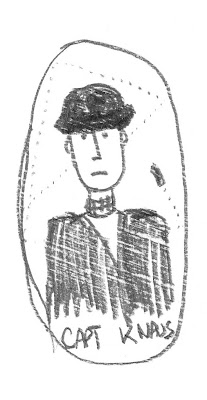 On March 8th, 1941 Captain Knaus was brought back on by a secret team of scientist and ruffians to develop undersea weapons. It was then that the smaller, compact weapon was developed with smaller caliber bullets. Tests showed that the bullets would pierce the hull, but the holes would be plugged by the bullets. Knaus’ crowning achievement was the creation of “Das Attacken Bullet” or “The Red Lion”; a clip of bullets made of papier-mâché that would be used during offensive battles. The bullets would pierce the enemy submarine’s hull and plug the hole, but over time would disintegrate, hopefully after the boarding party left the sub.

Captain Knaus retired from the German Navy in 1949 and was given the highest military honors.

Knaus died at the age of 44 of a rare, allergic reaction to eating papier-mâché paste.

Today’s submachine gun has changed very little. The only difference might be the foam handle that is decorative, but also causes the gun to float when dropped during rough seas. There is also sometimes a keychain ring attached to the stock.

Thanks to German ingenuity and the rancid canned corn chowder served by the deceased fifth in command, the world is a much happier, if not holier, place.

How was “Fat Fingers” Fredrik Gummas able to plug all eleven of the holes and save the sub?

Ender... that is some funny shit.