I received this box of Bacon Pop - Bacon Flavored Microwave Popcorn as my Reddit Secret Santa Gift. I could not wait to try it! 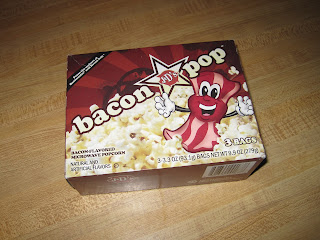 There were three bags in the box. 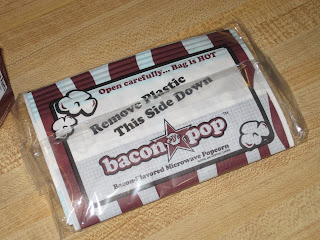 The directions were the same as regular pop corn except there were a lot more warnings about which side to keep down. There was also a warning in large letters, "Don't Burn Your Bacon." 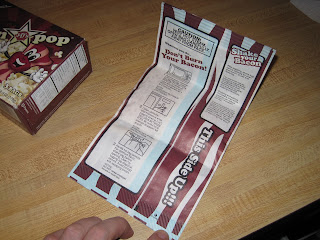 I started to wonder what the secret to the bacon flavored popcorn was. The packaging said that there was no bacon in the product, only popcorn, oil and bacon flavoring. (It's actually a vegan product!)  So I decided to cut it open to see what was inside. 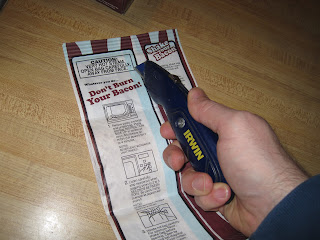 I pulled back the wrapping and found a bunch of kernels of corn with some kind of solidified oil.  It was exactly as you might expect.  before my disappointment set in, I felt something under my fingers on the side. 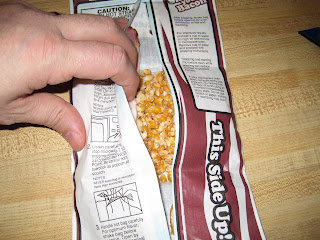 It was BACON!  Real, raw bacon! 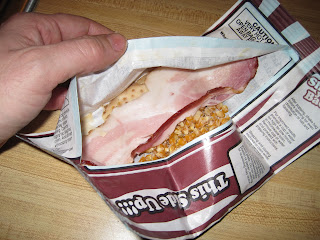 I tried to pull it out, but it was stuck along the top and bottom edges.  There was a slab of bacon on either side. 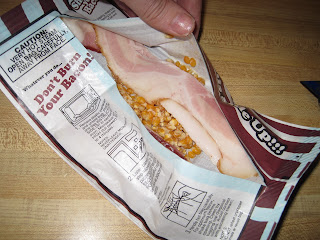 I wasn't going to let this go to waste, so I taped the bag up as best I could. 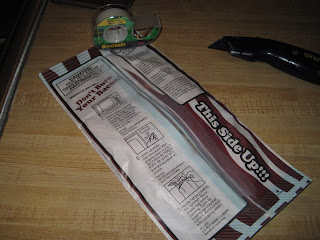 And put it in the microwave. 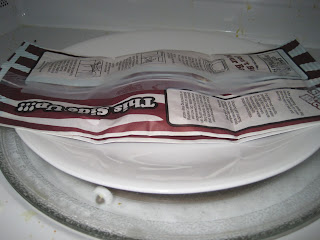 In about four minutes it was done.  The bag barely held together with the tape.  The tape was a little stinky, but the bacon smell much more prevalent. 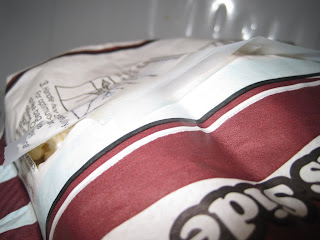 I dumped the bag out into a bowl. 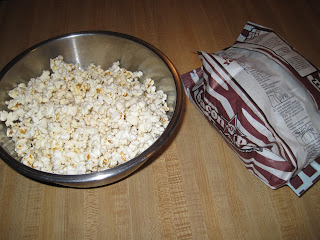 And for some reason, there was no bacon in with the popcorn.  I thought that maybe that is how they cook and flavor the popcorn. If the bacon disappears during cooking, then maybe it is not considered a food.  But then I looked in the bag. 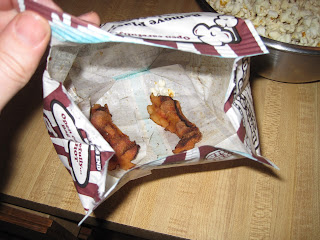 There it was!  I tried to shake and crinkle it out, but it wouldn't budge.  So I got out a knife and scraped it out. 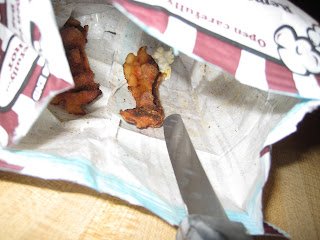 It took some doing and I ended up breaking it into pieces. 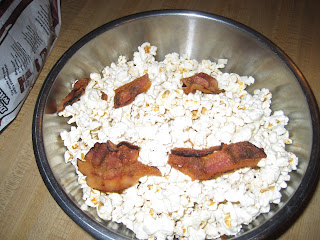 Upon further investigation, I found that the bacon had a very sticky substance on either end.  Closer inspection revealed that it was a highly concentrated maple syrup.  I think this is what kept it stuck to the side. 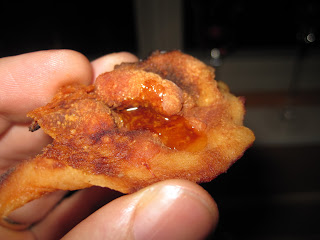 I think that because the bacon is part of the packaging, it is not actually considered part of the food, so they can still say it is a vegan product.  I mean, you don't see "aluminum" in the ingredients on a can of soda, right?

Well, that's all our investigative reporting for today.  Next week, we go searching for the palm and olive in Palmolive soap.

um, that is a little weird. And, you forgot to tell us how it tasted?!

The bacon was awesome.

Reddit secret santa was great this year! I'm glad to see you got something cool, what did you send to your giftee?

Does it come with free salmonela as well?