See anything wrong in this Spelling Bee photo? 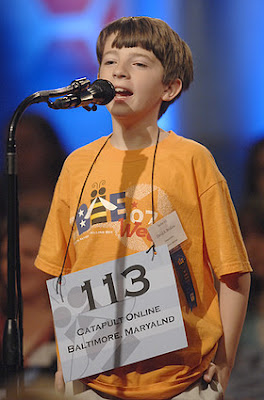 Thanks to Mike at You've Got Smail.

Email ThisBlogThis!Share to TwitterShare to FacebookShare to Pinterest
Labels: photo

From the great state of MaryALND

Hey, I didn't no it was his banner thing til you pointed it out, dont be such condescending.

He's just signaling that he's prepared for one of Hillary's "New Jobs for Tommorrow." Maryalnd should be one of the first beneficiaries.

Ah, the pen is mightier than thy wench.

Yeah... kyptn is a complete jerk!

lets shank kryptn i hate him

kryptn kills puppies and eats them. I've seen him do it. it's high time we put a stop to this. Who's with me?