Darwin was the son of the late Orville and Gladys (Roebuck) Robinette.

He served in the U.S. Army during World War II and graduated from The Ohio State University with a bachelor's degree in aeronautical engineering. 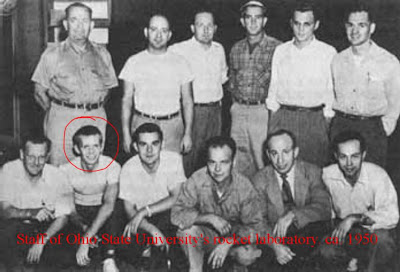 He was recruited by North American Aviation as a flight test engineer working on the Vigilante, OV10A Bronco and the B1 Bomber.

Darwin was very involved with the Boy Scouts of America and was Troop Master of Troop 278 for 10 years.

He and his wife, Thelma, were the owners and operators of the Baskin Robbins Ice Cream Store in Lancaster for 30 years.

In addition to his parents, he was preceded in death by his brother, Howard Dale Robinette.

The family would like to express their heartfelt thanks to the AlternaCare and FairHoPe Hospice and Palliative Care, Inc. of Lancaster.

Bope-Thomas Funeral Home in Somerset is in charge of arrangements.

Looking back, I remember a very kind man with a terrific sense of humor. He was very patient with his hormone infused staff. He’d raise his voice when we did stupid stuff, but most the time he’d just roll his eyes.

One of Darwin's well known sayings was, "You've got time to lean, you've time to clean.}

I miss ya Dad. Your son Paul in Alaska.