Ask HolyJuan: How can I get more followers on Twitter?

I am on Twitter, but I do not have very many followers. Why is that? Can you help me get more followers?

Dear Circle with an A in it chicoktc,

You have several problems, the first one being that you are using Twitter. Obviously you are well aware of that problem and seem to be at terms with it, so we will not discuss that issue.

Let’s look at the most obvious issue: your username. @chickoktc, broken down, obviously means "chic" (French for toast) "OK" (Oklahoma) and "TC" (the helicopter pilot from Magnum PI). 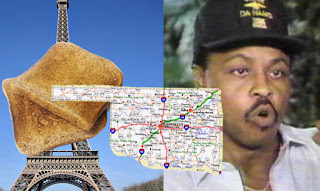 I’m not sure if this is secret code for something very gay or if it is a desperate cry for attention. Either way, people on Twitter don’t like things that are confusing or require a lot of thinking. I would suggest a name change to something that most Twitter people can understand like @selfabsorbedegotist or @lookatmenownownow or @someonefamousjustcommentedonmycomment.

Another issue I see is your profile photo. 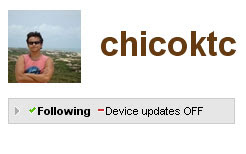 By looking at your shirt, I can tell this photo is from the late 80’s, probably at Myrtle Beach. This is not working. Try taking a super close up photo of your eye. Make pouty lips, that one’s popular with the ladies. How about a photo of your cat? The last thing anyone wants to see is you in some normal pose that shows you exactly as you are. Make a statement and make it a false one. Or just post a photo of a hot chick in a bikini.

Here’s a biggie. Sometimes you speak in English, which is a lot more than can be said of many people on Twitter. But many other times, you start typing gibberish which looks to be some beaver language.

Cut that shit out! Twitter is an English word so you should stick with English or one of the many variants.

You also use some very angry language. Take this tweet: RIP MJ

How dare you! Michael Jackson is an icon and there is no need to rip the poor guy. Just let him rest in peace.

Wow. Looking at the people you follow… Abe Lincoln? The number 4? @THE_REAL_SHAQ? Come on, if he were real, why would he have to put “REAL” in front of his name? You’ve got to start following some actual real people like @homestarrunner @BillOReilly @HilaryClintonsSling. Try those for starters and see if maybe people will notice how cool you are and that you might be worth following. I do see you are following @holyjuan which is a start.

Or you could just do what everyone else does, which is to spam a ton of people and hope they follow you back seeing as they are pathetic people who have very few followers as well. Soon you’ll find yourself with 45,000 followers and a much, much better life.

So to sum up: change name, chick in a bikini, Magnum PI movie to be released in 2011, spam, and watch the beaver language.

That wasn't helpfull at all. Thought a lot of people would show up after that post. Turns out not that many people read your blog. Maybe that's the problem with my twitter....

Not all was wasted though. I changed my pic for a brazilian girl in bikini, and @BarackObama dropped by!