My brother's 50th birthday was celebrated on August 21st, 2017. His birthday is actually on August 12th, but birthdays are never convenient, so they are celebrated whenever it makes sense and when you can fit in an awesome pool party! Miss Sally and I took the kids to Toledo and we drank and swam and had a great time until we had to leave, because we are responsible adults and knew that the party was only going to get more outrageous. So we went home.

No one wants to remember the day someone died. You celebrate the birthday. And you lie to yourself that the anniversary of their death doesn't mean anything and that you'll almost forget.

But I've got this weird thing where I cannot stop thinking about the time between when I last saw him and when he died. The Between. I feel like this is an episode of Black Mirror or The Twilight Zone and I am watching his last 27 days and unable to change the outcome. I only know what he did those 27 days through what people are now posting on Facebook and saying, "I can't believe this concert we went to with Steve was just last year," and the inevitable, "This was Steve's last Rocket's game." I'd like like to think I could slip in between one of those moments and do something that would change the future. But I can't. And I find myself dwelling here in The Between.

I'm sure that many people have Betweens with their loved ones' deaths. Like if it was flipped, with his passing first and his birthday second, we'd be thinking about the time leading up to the birthday he wasn't able to celebrate. Or if someone dies around a major holiday. Those days Between are much shorter than waiting a whole year to celebrate the birthday or trying not remember the death.

I'm not counting down the days. It is possible I will wake up on the 17th and not immediately remember. But at some point, The Between will end, and I will remember it is the day I didn't want to make special by remembering. And I will put on my brave face. And I will graciously thank the people that remember, because I am thankful that they do. And I'll look back on those 27 days and realize that there was nothing I could do then and nothing I can do now.

Personally, I don't think Steve would be at all happy that I'm feeling like a miserable lump of sadness pudding. I guess I am in my own Between. And I look back and see my own 27 days ago when I was blissfully happy and look ahead to when I can deal with Steve's passing and be at peace. I've been up and down. I think I've got a handle on it... I think that it is all behind me... and then I am a mess. I look up and I am still in my own Between. And I'm waiting to be on the other side of that Between. 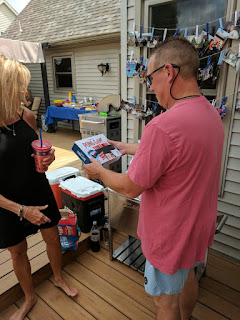 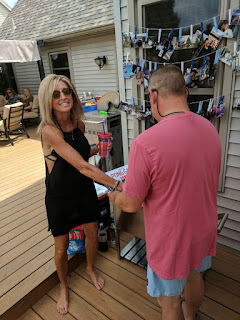 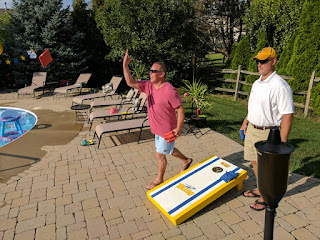 Hi Doug- just read this today in lieu of your post. You aren't alone with your thinking- yes I believe we all have been in the Between. I still have days when I am- for me it was my mother- she passed Thursday, May 1st 2014 at just 65 yrs. She had been ill for a while and it comforted me somewhat to know that she would no longer feel any pain or negativity where she was going. A brother perhaps is an entirely different emotion I haven't been in those shoes however know that friends are there and will listen when you need that ear to talk into all you need do is reach out.Sincerely- Karlene