My co-worker, Hugh, found this spoon below at the Goodwill Store. (Side Story - We have a project that requires a large amount of spoons and he went to the Goodwill to buy them. As he was checking out with every spoon in the store, the lady said, "You can't buy all these spoons." Hugh asked why. She said, "Because then we won't have any spoons if someone else wants to buy them." In the end, he lied and said he was buying them for an old folks home kitchen and she bought it, so he bought the spoons.) 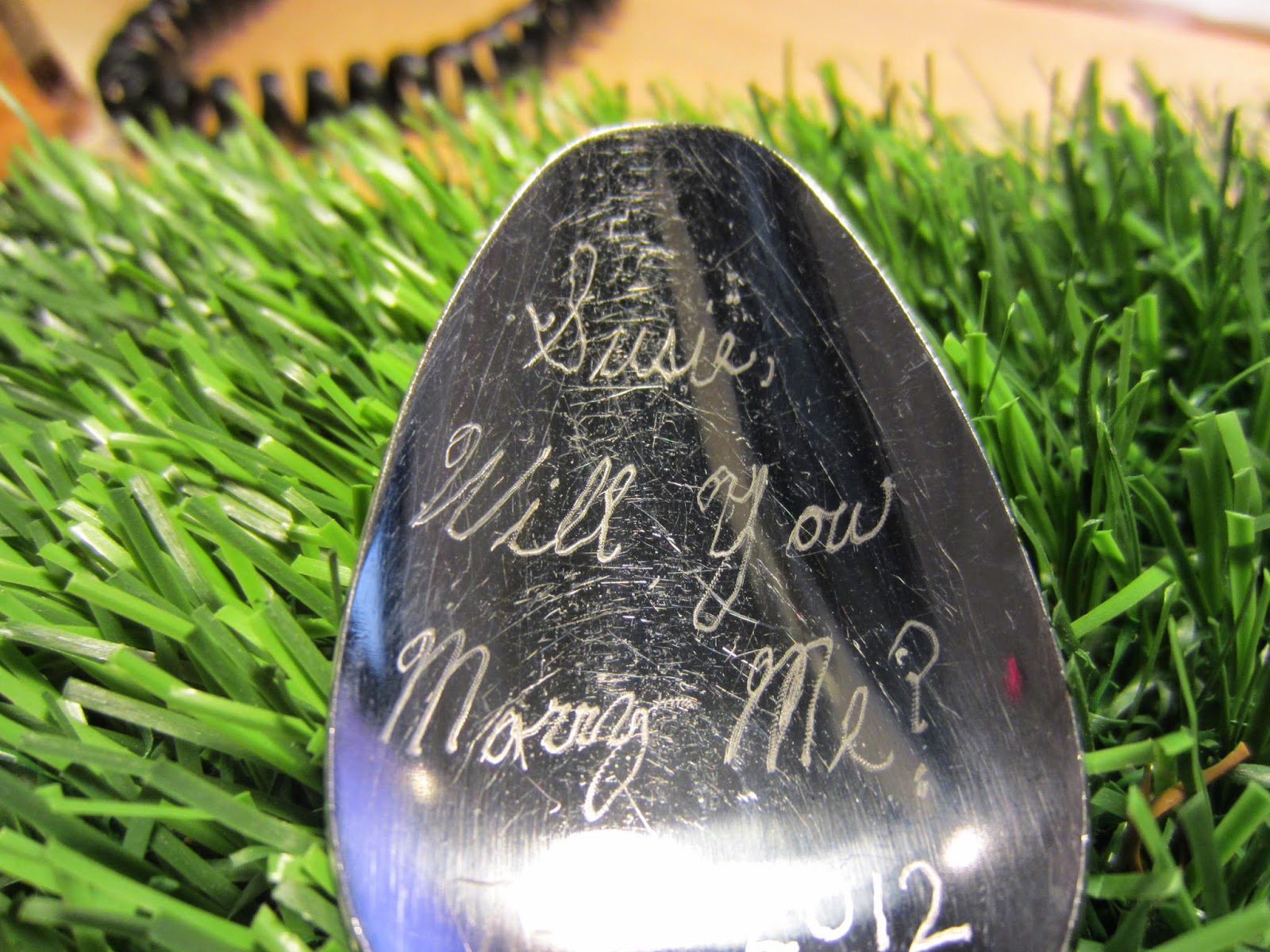 The backside says, "To my First, Last and Only True Love" 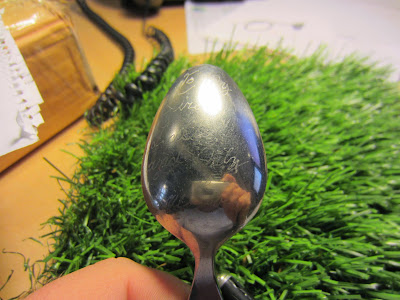 Scenario One: This poor schmuck asked Susie to marry him and she said, "No way, spoon boy."  He then gave the spoon to Goodwill in the hopes to write off his misery on his taxes."

Scenario Two: Susie said , "Yes," but that when they moved in together the spoon was lost when they gave away all their worldly possessions, because with this kind of spoon loves, they only need each other and this piece of silverware.  So if you know the owners, let me know and we can try to get it back to them.

I really hope it is scenario two.

The handle of the spoon is kind of holy, Juan

Probably said no or dumped him after saying yes. No way you'd lose a spoon like that. You'd show it to your grandkids.

Women are cute & charming, but they can be amazingly cruel. Treat a girl really well and you'll convince her she can do better. In return she'll treat you like dirt and dump you.