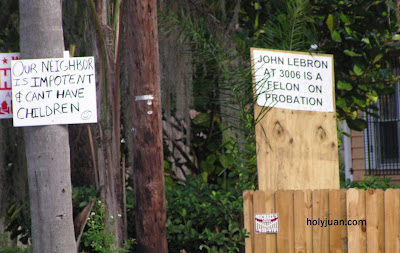 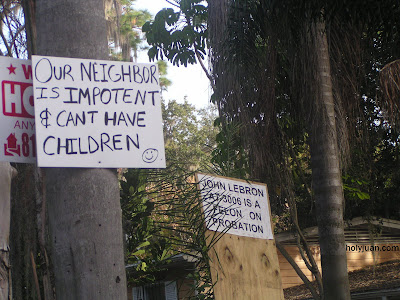 The smiley face really sells it.

It;s nice when neighbors know each other and get along so well.

Wonder how the neighborhood Memorial Day bbq will go over...

WHY would anyone fake that??

Not everything is photoshoped.

Whenever somebody posts a picture that they think is interesting or amazing or incredible, after a few comments someone will simply post "fake".

It doesn't matter what the subject of the picture is or whether it's real or not. The post is made because "that's the way it's always been done".

They both must have hearts full of Jeebus' love.

I wish both parties well and wish that people will grow up and become adults.

This is almost like eBay where both parties agree on removing the negative feedback.

Something's a bit awry here.. I can tell by the pixels. I've seen a lot of photoshopped fakes in my day

Not such a good guy: