The Worst Hotel Internet Ever

While budgeting for the Electronic Entertainment Expo (E3), I used my mathematic skills to pick the lowest priced, convention supported hotel. For $99 a night, I stayed at the Kawada Hotel. For an extra $10, I received internet access.

In the room, I searched around the desk for the internet connection. Not there. It also wasn’t near the 1950’s kitchenette. 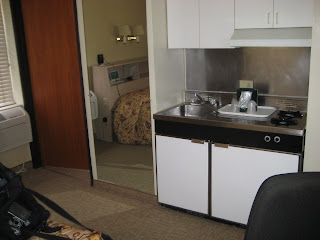 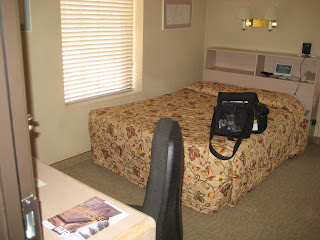 The CAT5 cable was about 18” long. I thought it might have been on some high-tech spool, but there was nothing hi-tech about the set up. 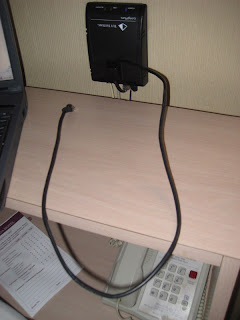 The laptop wouldn’t even reach to my lap whilst lounging in the bed. I could either situate it on the top of the bed and kneel up against the frame to use it. 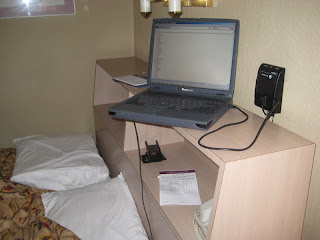 Or I could stack it on a few pillows and sit cross legged, which what I ended up doing. Someone could really injure themselves looking at the internet like that. 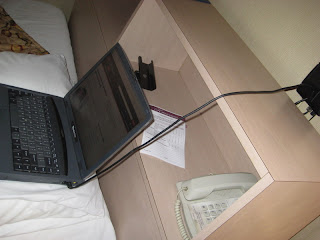 Luckily, I fucked around with the DSL box and found that if I unplugged the room phone from the box, the internet was unleashed. I also think I forgot to re-connect the phone when I left. 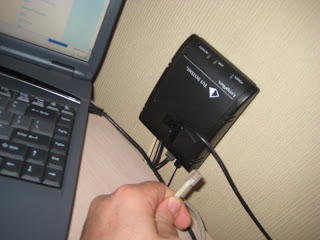 FYI: on my last night there, I threw my back out trying to look at suicidegirls.com. Stupid Kawada Hotel.

Most hotels I go to don't even have a wire - its all wireless and we just get a username and password to access the network on check-in. It seems pretty cumbersome to have this contraption.

Perhaps you should have just knelt and leaned rather than crossing.
JMO
R.